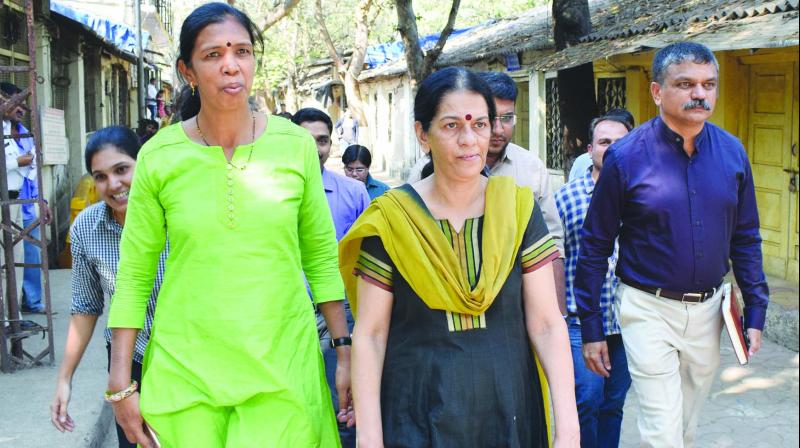 Rajani Pandit was arrested as part of the police probe into the CDR case. (Photo: Deepad Kurkunde)

Mumbai: Rajani Pandit, India’s first female private investigator, has been remanded to police custody till Tuesday. The private eye was arrested as part of the police probe into the Call Details Record (CDR) case, in which it has already arrested four detectives accused of acquiring telephonic conversations’ records illegally for sale to clients for a price. The police will ascertain her need to procure it from the accused persons in an illegal manner.

Thane’s Deputy Commissioner of Police (Crime) Abhishek Trimukhe said, “Pandit will be questioned regarding her role in sourcing the call data records in an illegal manner, and who else was involved in the scam to obtain and supply the records. However, the search for one absconding accused in the CDR case is still at large.”

Pandit has been the subject of a documentary, written two books, received numerous awards, and is considered one of the most famous detectives in India. She has mentioned on her official website that she has solved 75,000 cases on the national and international Level.

The police has called all the clients of the detectives, including couples, persons acting as links between insurance companies as well as the accused detectives to record their statement. They are also checking bank details of the accused.

The Thane crime branch officers, who are investigating the CDR scam, have received information that some police constables or lower rank officials were helping the detectives to get the CDRs. They are also finding out details about employees of big mobile network companies who may have provided details of CDR.