The other accused, Sambhaji Bhide, may remain free, as the police does not have anything linking him to the violence. 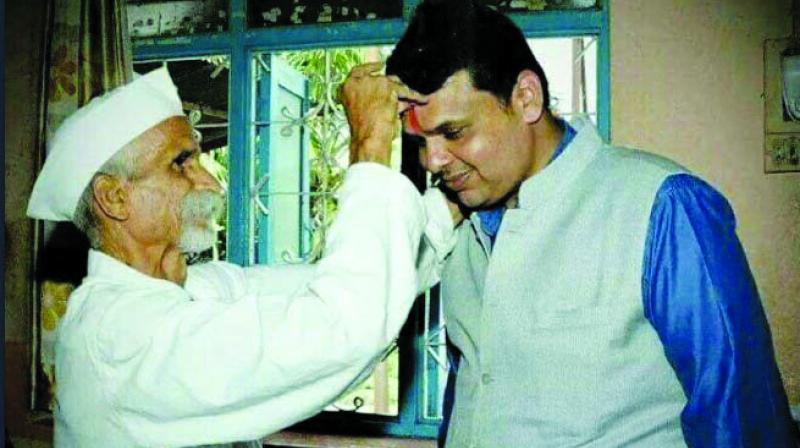 Mumbai: The police is likely to arrest Milind Ekbote, one of the accused in the Bhima-Koregaon violence case, as the Bombay high court has rejected his anticipatory bail plea.

The other accused, Sambhaji Bhide, may remain free, as the police does not have anything linking him to the violence. “No action will be taken until strong evidence against him is obtained,” said a high-level source from the home department.

Minister of state for home Deepak Kesarkar told The Asian Age, “The police is investigating the matter and will take the necessary steps.” Republican Party of India (RPI) leader Prakash Ambedkar, however, demanded the immediate arrest of the duo.

According to sources, the police has obtained sufficient proof against Ekbote, the leader of Hindutva outfit Samasta Hindu Aghadi, to act against him. The right-wing leader was allegedly in contact with many persons in Bhima-Koregaon who were involved in the violence.

He had also visited the area before the violence erupted.Bhide, however, had not visited Bhima-Koregaon during that period or contacted persons from the locality.

Sources said that the government fears that if the police takes any action against Bhide, the leader of Shiv Pratishthan Hindustan, there might be a strong reaction from Hindutva organisations.

Meanwhile, stating that the government was not taking any action in the matter, Mr Ambedkar said he would meet chief minister Devendra Fadnavis next week. “We are firm on our demand that action be taken against Bhide and Ekbote. The high court rejected Ekbote’s anticipatory bail application after verifying the evidence against him. Why is the police waiting now? I have evidence against Bhide also. He was present at a meeting prior to the incident. The police should take action against both of them.”

Box: The high court’s denial of bail to Ekbote has put pressure on the government, according to home department sources. There is the unrest amongst the dalit community over the issue; and if police does not arrest both the accused, it will send a wrong message, they said. The RPI, Congress and NCP have been targeting government over the matter ahead of the Budget session, which will start on February 26.