Wild tigress to be kept in zoo, not at SGNP 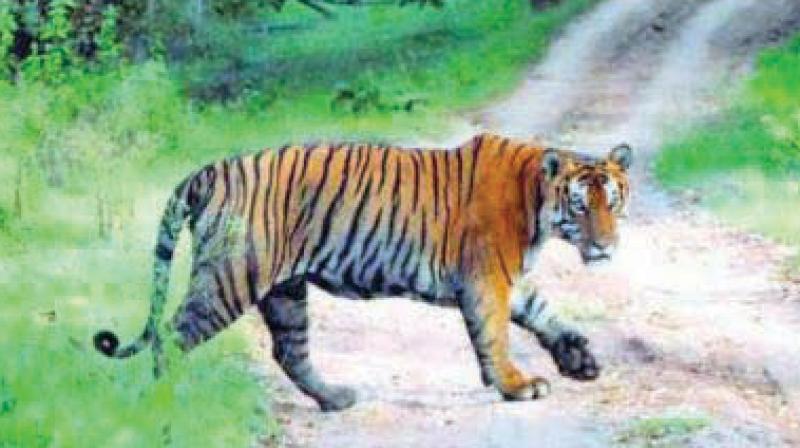 The tigress has killed three women from Chandrapur district, Nagpur in December 2016.

Mumbai: The state forest department has decided that it will not move the ‘dangerous’ tigress to any other park, from Nagpur after the Sanjay Gandhi National Park (SGNP) expressed its interest in sheltering the tigress in its premises.

The three-year-old tigress was tranquillised by the villagers of Chandrapur district, in Maharashtra, following three attacks and was therefore shifted to a Nagpur zoo that has been decided to keep the tigress in captivity throughout her life.

Shree Bhagwan, state principal chief conservator of forest (PCCF) for wildlife said, “SGNP was interested in having this tigress in the park but Gorewada was preferred due to lesser travelling distance for the animal and also keeping in mind the nature of the animal.”

According to the officials in the department, though talks were held on taking the tigress to a zoo, discussion on her releasing her back to the wild were still underway. However, the forest department is now firm that though the tigress is said to be in healthy condition, she will remain in Gorewada zoo permanently. “We cannot afford to release the animal in its natural habitat. It was already a task to successfully tranquillise her and put her in captivity. Also releasing the animal back in to wild is risky,” added Mr. Bhagwan.

Forest minister Sudhir Mungantiwar on January 31 gave permission to shoot the tigress at sight for recently killing three women in Chandrapur district. The tigress had killed three women near Sindewahi taluka, bordering Tadoba tiger reserve within a fortnight when they had ventured into the forests to gather firewood. Meerabai Chowdhuri (60), on January 13, Babita Mendhe on January 22 and Manda Dandekar on January 25, were killed by this tigress. The tigress allegedly hurt several villagers since October last year. Several villagers and forest personnel had jointly launched a massive search operation.