The Vile Parle police has booked Dhara under relevant sections of the Indian Penal Code for rape, murder and destroying evidence. 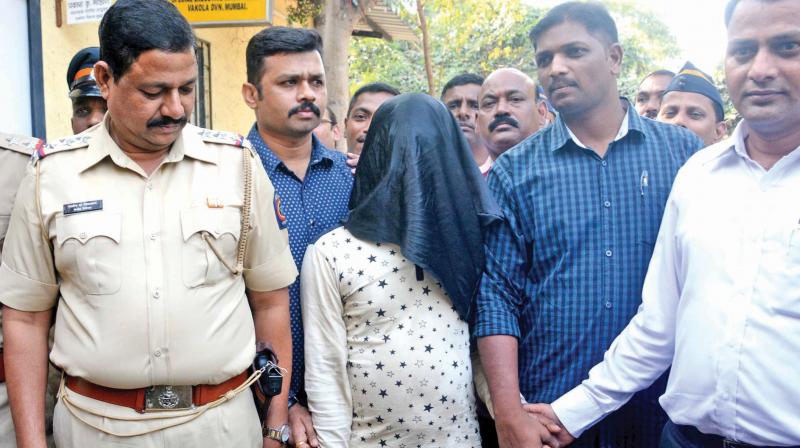 Mumbai: The Vile Parle police, who recently cracked the case involving the rape and murder of a 25-year-old physiotherapist, said the culprit allegedly used the round-shaped handle of her hair-comb to perform unnatural sex on her, according to DCP of Zone-8, Virendra Mishra. The culprit allegedly raped her and performed unnatural sex on her at a time she was already dead after he strangled her with her jeans, DCP Mishra said.

Debashish Dhara (27), the accused, was in the habit of peeping into other people’s homes late into the night and was on one such prowl when he targeted the victim after seeing her get into her mezzanine-floor room alone and not shutting the door, the DCP said. The accused had fled to West Bengal days after perpetrating the crime, on learning that his employer, a jeweller, had been questioned by the police in course of its probe into the case.

Later Dhara, was found in a CCTV grab peeping into the victim’s house. According to the police, the culprit had been obsessed with the deceased and used to ogle at her. After strangling and raping her, the accused had used a matchbox lying inside the victim’s room to set her on fire in order to destroy evidence, said DCP Mishra.

Speaking to The Asian Age, Mr Mishra said, “Dhara had been employed in a jewellery shop in the same vicinity for the past eight years. He was living with a co-worker from the jewellery shop about 400 meters away from the house of the deceased physiotherapist.”

Mr Mishra added that on the night of the incident, after midnight, Dhara peeped into the physiotherapist’s house, and he saw her door unlocked. “The accused then entered the house and forced himself on the deceased. He then strangulated her with the jeans and raped her. He also used the handle of a hair-comb to perform unnatural sex.” He said, “We have already processed the medical check-up of Dhara and are awaiting the reports.”

The Vile Parle police has booked Dhara under relevant sections of the Indian Penal Code for rape, murder and destroying evidence.