The forest department is also trying to strengthen patrolling in the area, after suspicion of poaching attempts at the site. 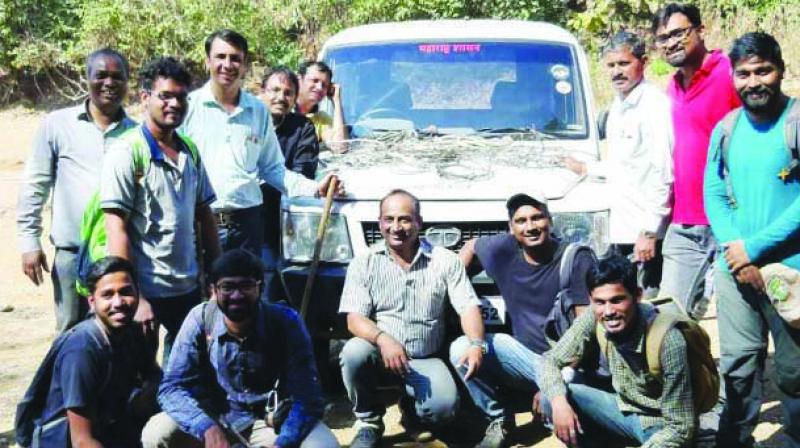 The officers had recovered 28 snares on Wednesday.

Mumbai: The forest department is still carrying out search and combing operations inside Film City for snares planted for trapping wildlife. Officials said that the same will be conducted for another day on Friday.

After 28 snares were recovered from inside Film City on Wednesday, the forest department is taking several measures to curb the possibility of poaching permanently.

According to the forest department of Thane city division, four teams comprising up to eight volunteers are searching the Film City area and the operation will conclude Friday.

“We are carrying out investigation into the matter; anything concrete will come out only after that. The team also came across locals inside the area who were interrogated,” said Jitendra Ramg-aonkar, deputy conservator of forest, Thane city.

In the wake of the incident, the forest department is also making efforts to strengthen patrolling in the area, after suspicion of probable poaching attempts at the site. “Along with the security force of Film City, we are making a permanent patrolling schedule. In such a way, there will be round-the-clock patrolling and scrutiny of the area, so such cases do not emerge again,” he said.

According to sources, the option of installing CCTV cameras inside the area is also being considered. “We are already in the process of making a wall around the Film City area to prevent encroachment and trespassing,” said an official.

The Asian Age had reported earlier this week that the decomposed carcasses of a three-year-old leopard and an adult sambar were found in the Film City studio premises.

While eleven of the leopard’s claws were missing, the sambar’s head was nowhere to be seen, raising suspicions of poaching.