The ATM does not have its own security guard but has CCTV cameras. 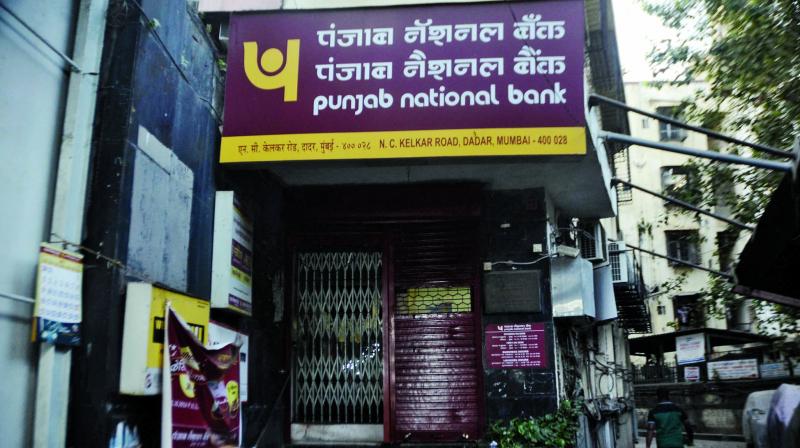 The two robbers were trying to rob the Punjab Bank ATM at Parvati Bhuvan society, Dadar late on Monday night.

Mumbai: A robbery in Dadar’s Punjab National Bank ATM, yards away from Dadar station, was thwarted in the middle of Tuesday night by the watchman of a housing colony to which the ATM is attached. Two people allegedly broke into the ATM, off N.C. Kelkar road, at 1.30 am. The watchman of the housing colony downed the shutter of the ATM after he realised someone had broke into it and called the police. Within minutes, police from the Shivaji Park police station reached the spot and arrested the accused. The ATM does not have its own security guard.

Ramsundam Varma, the security guard of the Parvati Bhuvan housing society, saw two men enter the ATM and assumed they were there to withdraw money. However, some hammering noises from inside the ATM caught his attention. He peeped from far away and saw the two men tampering with the ATM machine and rushed to the entrance, trapping the two miscreants inside the ATM. Speaking to The Asian Age, Mr Varma said, “Both boys seemed intoxicated and were around 17-18 years old. I saw them with tongs and a hammer-like tool and heard noises from the ATM. I was scared but I had to do something. There is no other watchman here apart from me.”

Meanwhile, the bank has refuted the watchman’s claims. A Shivakumar, branch CEO of Dadar’s Punjab National Bank said, “We do not have a security guard outside the ATM because it is attached to a bank branch. That is the procedure. But there are CCTV cameras. If anyone tampers with any portion of the ATM machine apart from the screen, our security agency, SecureNS, gets an alarm. The housing society guard did not play any role. We have approached the Shivaji Park police station to lodge an FIR.”

Senior Police inspector of the Shivaji Park police station, Gangadhar Sonawane said, “The accused are in police custody. We are in the process of taking a complaint.”