The state government, however, claims that it has obtained all the necessary clearances for the project. 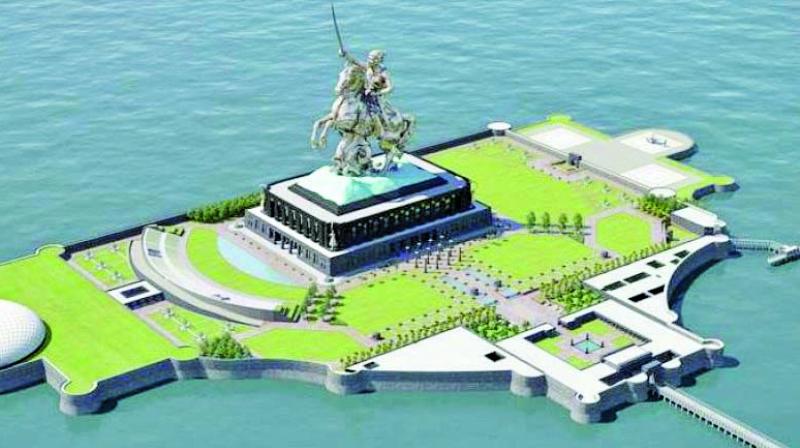 Chief minister Devendra Fadnavis sent a text message saying that the feasibility report for the project was prepared by IIT in advance.

Mumbai: Prime Minister Narendra Modi on December 24 laid the foundation stone of the controversial Shivaji Maharaj memorial project in the middle of the Arabian Sea. But information received under the Right To Information (RTI) Act indicates that the Maharashtra government till date has neither prepared any feasibility report nor prepared any technical estimate that helps in determining the project cost.

However, the PWD has categorically mentioned in the RTI reply that feasibility report was no prepared, a copy of which is in possession of The Asian Age. It may be recalled that all the successive governments in the past had promised construction of a Shivaji memorial before elections to score brownie points. The project has been crucial for the BJP as it is trying to woo the Maratha community ahead of the zilla parishad and civic polls in the state. The BJP had used Shivaji in its election slogan for 2014 assembly polls.

RTI activist Sanjay Shirodkar had sought a true copy of the feasibility report and technical estimate of the memorial. In the reply to the RTI query, the PWD said: “The feasibility report of the said project has not been prepared. Also, being an EPC contract, the technical estimate of the memorial project hasn’t been prepared”.

It may be mentioned here that the reply on the query of the RTI was prepared by the PWD on December 23, 2016 a day before the PM’s visit. The reply was issued (delivered) by the PWD to the applicant on December 29, 2016. Several people, including environmentalists, fishermen, politicians and locals have opposed the memorial project in the middle of the Arabian Sea.

Party Promises:
The first announcement of the Shivaji memorial in the middle of the sea came up in the Congress party manifesto during the 2004 assembly polls, followed by a joint manifesto (Congress-NCP) in 2009. However, the project did not see any progress as it awaited for a nod from the Maharashtra coastal zone management authority and Union ministry of environment and forest.