Kharif season begins in July and ends in October, coinciding with the presence of the south-west monsoon. 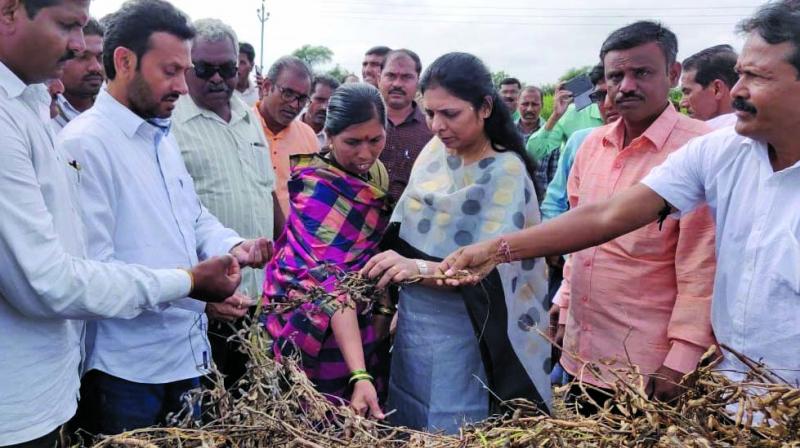 Mumbai: The state government on Saturday announced Rs 10,000 crore as aid for farmers affected by unseasonal rains. The move is expected to offer relief to farmers whose crops have been extensively damaged due to erratic rainfall during kharif season.

Kharif season begins in July and ends in October, coinciding with the presence of the south-west monsoon.

Chief minister Devendra Fadnavis had called a Cabinet sub-committee meeting at his residence ‘Varsha’ to discuss the issue.

At the meeting, the CM directed officials to review the ground situation in their respective areas and finalise the details of the assistance to be provided.

According to state officials, crops sown on 54.22 lakh hectares spread across 325 talukas in half a dozen districts have been damaged due to delay in withdrawal of monsoon.

The damaged crops include rice, jawar, paddy, cotton and soyabean.

The panchnama is the on-the-spot assessment of the damages.

Mr Fadnavis said that farmers could upload the pictures of the damages from their mobile to the system.

The chief minister added that crop-wise reimbursement would be decided as soon as the final report about damages is received.

“We will approach the Centre for help. But, in the meantime, the state government will disburse funds from its treasury without waiting for the Central assistance,” he said, adding that the reimbursement amount will be directly transferred to the farmers’ account.

However, the Congress termed the government’s move as an ‘eyewash’ claiming that the Bharatiya Janata Party (BJP) has been making big announcements, without doing anything for providing relief.

Congress’ state unit spokesperson, Sachin Sawant, said, “In the recent floods, the state government had asked for an aid of `6,800 crore from the Centre. But not a single penny has been received. The government is only misleading the people.”