After the meeting, Mr Athawale asked the Shiv Sena not to insist on the chief minister’s post for two-and-a-half years. 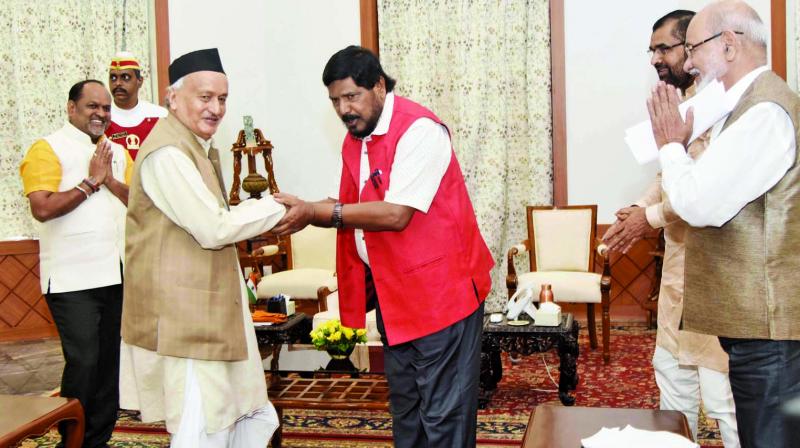 Mumbai: Union minister Ramdas Athawale along with other smaller allies of the BJP called on governor Bhagat Singh Koshyari Saturday and requested him to invite the Amit Shah-led party to form the government.

After the meeting, Mr Athawale asked the Shiv Sena not to insist on the chief minister’s post for two-and-a-half years.

He said that government formation was getting delayed due to the Sena and BJP bickering over the top post. Meanwhile, farmers were suffering due to unseasonal rain in various parts of the state, he said.

“It will be wrong if the Sena joins hands with the Congress or the NCP. As per the norm, the governor has the right to invite the single largest party to form the government. Mr Koshyari also said it should be done soon. He said he will use his right if no clear majority proposal is made to him,” Mr Athawale said.

“My suggestion is that in future, Uddhav should think of becoming CM. Aaditya is there, but he does not have that kind of experience yet. How will the state run if Aaditya is made CM?” he said.