The teachers who are working on contractual basis will be paid double their current salary as per the newly issued directive. 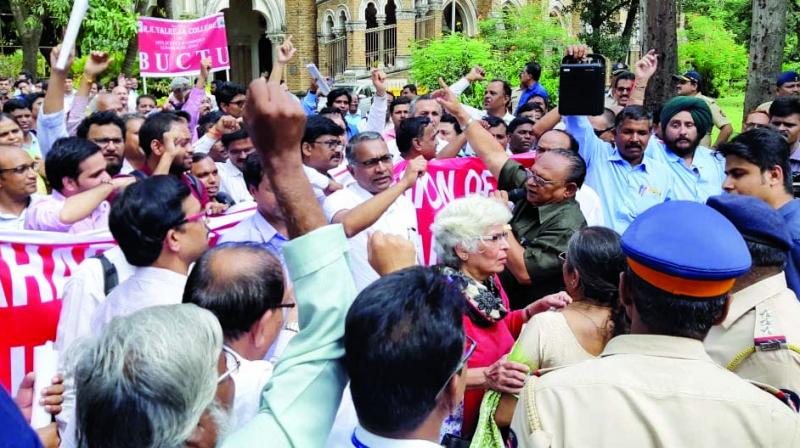 MUMBAI: The state university and aided college teachers across Maharashtra, who had been struggling with additional workload due to lack of staff and less wages since 2015, will now be relieved. On Friday, the government approved 4,738 teaching and non-teaching positions for recruitment in colleges across the state. Furthermore, the teachers who are working on contractual basis will be paid double their current salary as per the newly issued directive.

Since September 25, teachers had been protesting against the state government in the colleges and university campus. Owing to the protests, for a week or two, there were no regular lectures in the colleges.

From the year 2015, the government had partially withheld the recruitment process due to lack of funds in the colleges and even in the schools. However, in the year 2017, it was completely banned. Hence, colleges were appointing teachers on temporary basis, who are allegedly paid less but were asked to work like a full time teacher.

Maharashtra Federation of University and College Teacher’s Organisation (MFUCTO) since 2013 had been trying to communicate with the government to discuss the problems. According to them, there are 9,000 vacant teaching positions in colleges leading to added stress to the available teachers. Adding to this, they even highlighted the problems faced by the teachers on contractual basis or clock hour basis (CHB). The organisation demanded the government to implement the Seventh Pay Commission (as per the University Grants Commission) and accordingly pay the teachers.