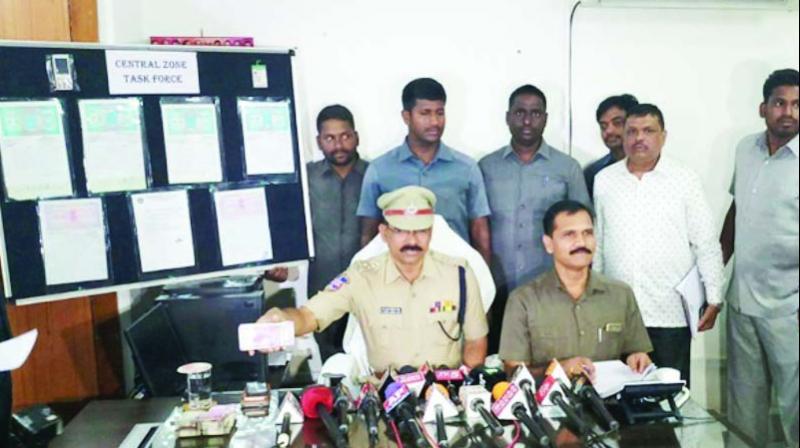 Mumbai: The Thane police busted a television actor who had ironically appeared on Crime Patrol as a policeman — and three others — for duping victims via numerous schemes, including posing as businessmen and selling fake gold and
silver.

The officials said that the investigation into the matter began after a merchant was cheated by the accused — who had posed as leather suppliers — to the tune of `2 lakh, which was paid in advance on July 13. The merchant and the accused had met at

Shaalu Dhaba at Shil Phata in Mumbra, where the money exchanged hands, following which the accused fled from the spot under the pretext of leaving with them to visit their warehouse. The accused had been changing their SIM cards ever since and were evading arrest by avoiding getting tracked, the police said,

Another modus operandi of the accused that the police identified was targeting commoners with fake gold and silver coins that they claimed were from the Shirdi and Siddhivinayak temples. These coins were doled out at “cheaper rates”.

“We laid a trap and arrested the accused who revealed that they had conned several persons using various means. We are gathering details of the cases filed against them in Thane and surrounding areas,” said an officer of Thane police.

The police said that they have claimed to have targeted persons in Thane, Bhiwandi and Navi Mumbai. The police stations concerned have been notified of their arrests and further details are being gathered.

The investigators have recovered at least 10 mobile phones, 253 SIM cards of various service providers and `28,000 in cash. The police has also seized wads of fake Indian currency notes and fake gold and silver coins from the accused.

A fresh case of cheating, forgery and acts of common intention has been filed against the accused as per the Indian Penal Code.