Several harbour line commuters suffered in the absence of announcement in this regard from the railway administration. 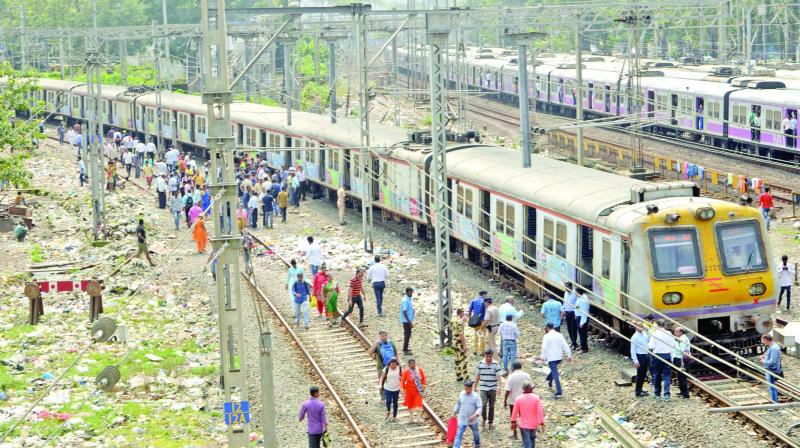 Commuters scramble out of the local train that derailed near Mahim station on Wednesday. (Photo: AA)

Mumbai: Suburban train services were affected for a short period of time after a local train coach derailed between King’s Circle and Mahim railway stations Wednesday.

According to a railway official, the incident took place on the Chhatrapati Shivaji Maharaj Terminus (CSMT)-Bandra route when a Bandra-bound train derailed at around 11.30 am. The wheel of the front trolley of a coach derailed. However, there were no reports of any injuries to any passengers. Local train services were restored only at around 3.30 pm. According to a WR official, a SAG-level enquiry has been initiated at the orders of the general manager.

The incident took place on the border between Central and Western Railway and there were a few coaches on either side. Although a CR spokesperson said that the derailment was completely on the WR side. The incident resulted in disruption of services between CSMT and Bandra along the harbour line.