After wide speculation and several meetings Wednesday afternoon, it was finally cleared that Ganesh Naik would contest from Airoli. 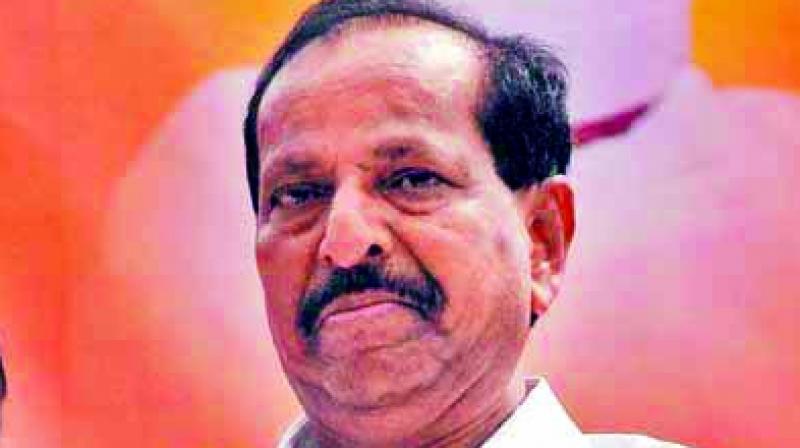 Mumbai: In a major adjustment ahead of the state Assembly polls, former NCP strongman from Navi Mumbai, Ganesh Naik, will contest from the Airoli constituency after his son and sitting MLA, Sandeep Naik, gave up his seat for his father. Eyebrows were raised Tuesday when Ganesh Naik’s name went missing from the BJP’s first list of candidates and Belapur constituency was retained by Manda Mhatre while Sandeep Naik was announced as the party candidate from Airoli.

Ganesh Naik - who led Navi Mumbai through the NCP for over 20 years and held the post of cabinet minister for 15 years – recently defected to the BJP with his son and 48 Navi Mumbai Municipal Corporation (NMMC) corporators. It was therefore expected that Ganesh Naik would get a ticket from the Belapur constituency itself, which he lost to Manda Mhatre in 2014. After wide speculation and several meetings Wednesday afternoon, it was finally cleared that Ganesh Naik would contest from Airoli.

Meanwhile, Shiv Sainiks in Navi Mumbai are miffed as both Navi Mumbai seats are going to the BJP. More than 200 Shiv Sena workers, including the city chief and district vice-president, have submitted their resignations. Navi Mumbai has traditionally seen a poll battle between Ganesh Naik and the Sena.

Manda Mhatre Wednesday met Shiv Sena chief Uddhav Thackeray over the issue. Speaking to the media, she said, “Last election, there was no alliance between the BJP and Sena but this time, it is different. Mr Thackeray has promised that the Sena’s full support is with me. I have always worked for development projects in Navi Mumbai and want to continue working with the BJP-Sena alliance. I have taken Mr Thackeray’s blessings and will file nominations Thursday.”