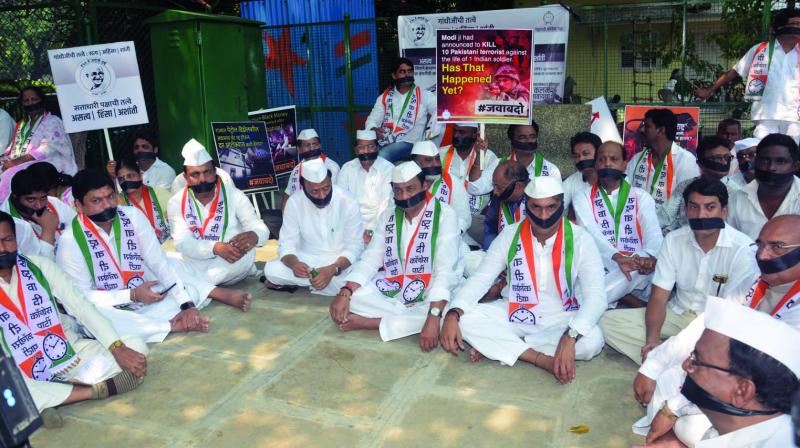 Mumbai: State Nationalist Congress Party (NCP) leaders on Tuesday held a day-long silent agitation at a statue of Mahatma Gandhi near the state secretariat in the city. All the party’s senior leaders in Maharashtra protested the anti-people policies of the central and state government.

The NCP has been campaigning on social media for the past few weeks under the “Jawab Do” header. It has decided to raise 56 questions on the failure of the Union and state government. As part of the campaign, party leaders from across the state held a one-day maun agitation.

Following the protest, NCP leader Ajit Pawar said, “Maun was a unique way of Gandhiji to raise the issues of voiceless people. We too have raised issues of inflation, unemployment, farmers’ suicides, corruption by ministers and others. So, our agitation was on the lines of Gandhiji. We are sure that people will throw the BJP-Sena government out.”

The same day, NCP MP Supriya Sule held a similar protest in Pune. She indicated that in the coming days, her party will intensify its attack on the BJP government. “Gandhiji had given the slogan ‘do or die’ against the British government. That kicked out the foreign regime from India. This time, people are in the same mood and they want BJP to get out of power,” she said.