The BMC has formed a team of over 310 inspectors from market, license and shops and establishments departments. 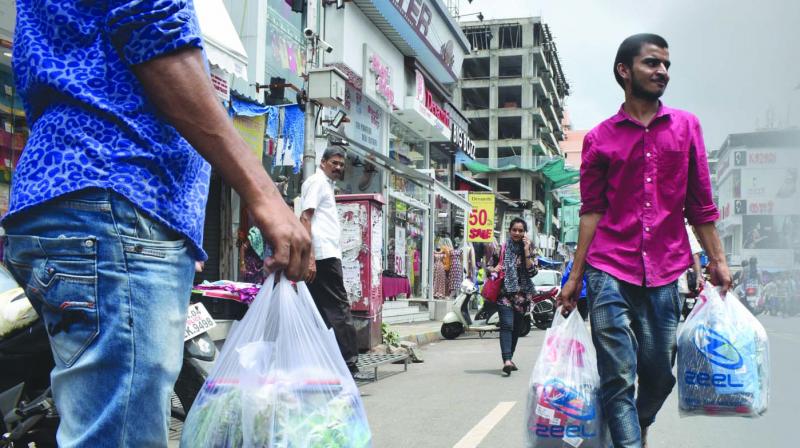 Mumbai: In two months after the implementation of plastic ban, the Brihanmumbai Municipal Corporation (BMC) has seized approximately 17,000 kgs of banned plastic and collected a fine of nearly Rs 1 crore. The amount of seized plastic in last two months is far greater than the one collected in last four years.

In comparison, the results of BMC’s action in last four years against banned plastic are far less. In the period from the year 2012 up to June 22 this year, a day before plastic ban came into force, the civic body had seized on 5,264 kgs of banned plastic with the collection of nearly 1.90 crore of fine.

The BMC has formed a team of over 310 inspectors from three departments – market, license and shops and establishments – to take action against banned plastic in the city. Called as blue squads, these officials have been given blue jackets stating specifically that they belong to the plastic ban squad and also authorisation letters from the BMC. The teams of inspectors have been visiting shops, malls, markets, hawkers, and vendors to crack a whip on banned plastic.

“Earlier the ban was only against plastic carry bags, which are under 50 microns thickness. However, the new ban includes several plastic items. In addition to this, earlier we had officials of only shops and establishments department to take the action. But now there are separate dedicated teams to implement the ban on a larger scale,” said a senior civic official.

Under the plastic ban, the state government has declared a fine of Rs 5,000 and Rs 10,000 respectively for first and second time offence. A third-time offender will be fined Rs 25,000 along with three mon-ths imprisonment.