The reason behind the request was the security of key and protected witnesses. 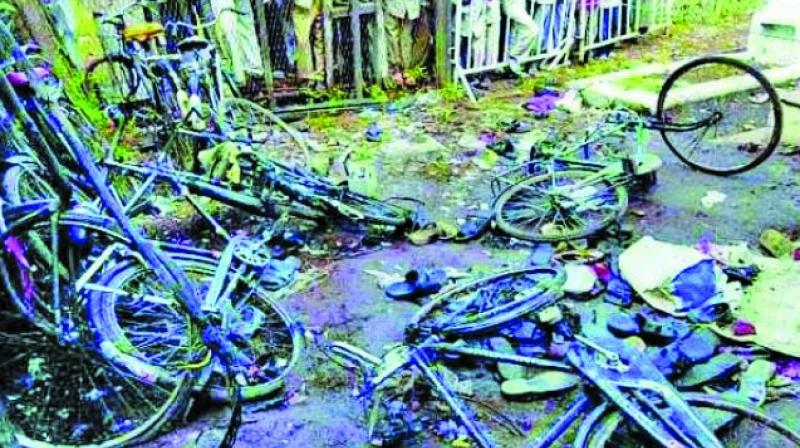 Mumbai: The special NIA court Monday asked all the accused to reply to the application filed by the National Investigating Agency, seeking to make the 2008 Malegaon bomb blast trial in-camera by Monday.

The reason behind the request was the security of key and protected witnesses. According to the NIA, the high court had asked the agency whether or not any such application had been made before the trial court.

Apart from the security of witnesses, the agency also claimed in its plea that making the trial in-camera (where common people and journalists are not allowed to attend court proceedings) was necessary for maintaining harmony in society.

The NIA, in its application filed before special NIA Judge Vinod Padalkar, stated that the allegation against the accused in this case was that they had committed the offence as revenge against Muslim Jihadi activities and to create a rift between the two communities.

The NIA further claimed that the prosecution case was that Malegaon was chosen as target for the bomb blast because it was a Muslim-dominated area. According to the NIA, in view of this background, for maintaining harmony in society, it was necessary to conduct in-camera hearing and restrain publication of court proceedings.

The agency stated that during hearing of the application filed by Lt. Col. Prasad Purohit, an accused in the case, seeking non-truncated copies of the witnesses’ statements. “Keeping in view the observations made by the high court and considering the fact that this case involves facts having direct bearing on communal harmony, national security and public order and the sensitive nature of the case, unwarranted publicity needs to be avoided, as it has a potential to damage communal harmony and eventually jeopardise the fairness of the trial,” the NIA said.