Agitation to be held across state from August 6. 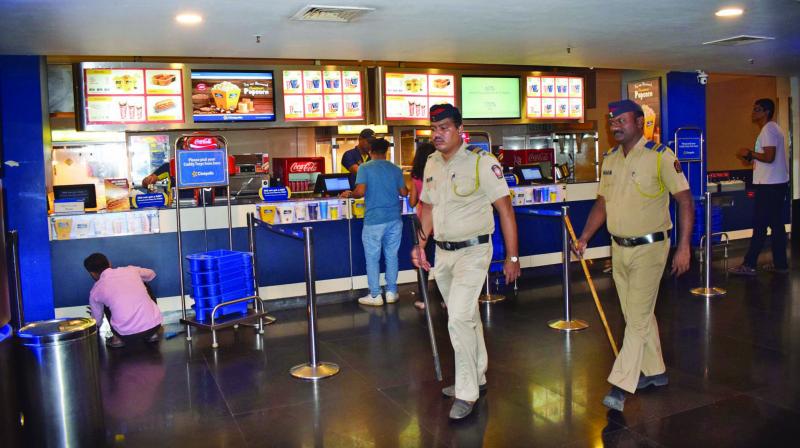 File picture of a multiplex in Viviana Mall.

Mumbai: As many multiplexes in Maharashtra have not yet implemented the state government order, allowing people to carry personal food in cinema halls, the Maharashtra Navnirman Sena (MNS) has declared that its workers would keep a ‘vigil’ in the state multiplexes to ascertain whether the rates of eatables sold there are inflated or not.

The party’s spokesperson Sandeep Deshpande announced its ‘reality check’ agitation from August 6 on the issue. Multiplexes have reduced rates of food items after MNS workers in June staged a violent agitation in Pune.

“From August 6, MNS workers will visit all multiplexes in the state and check whether government order is being implemented or not,” tweeted Mr Deshpande on Thursday.

In June, MNS workers from Pune ransacked a multiplex for charging high price on food items. The video of MNS workers assaulting the counter manager at the multiplex had gone viral. Later, Maharashtra multiplex owners associations members reached out to MNS chief Raj Thackeray and requested him to intervene. In a meeting, the association had agreed to reduce the price of items like vada pav, popcorns and sandwiches to around `50.

The state government too has come up with regulatory guidelines about fair prices as well as permission to people to take their personal food in theatres. Minister of state for food and civil supply, Ravindra Chavan, had cleared the stand of state government on the floor of the Legislative Council. “There is no such ban on taking personal food in multiplexes. If multiplex authorities prohibit it then they will have to face the action,” said Mr Chavan.