The Mandals had said that the online system is slow, due to which there is a delay in getting permissions. 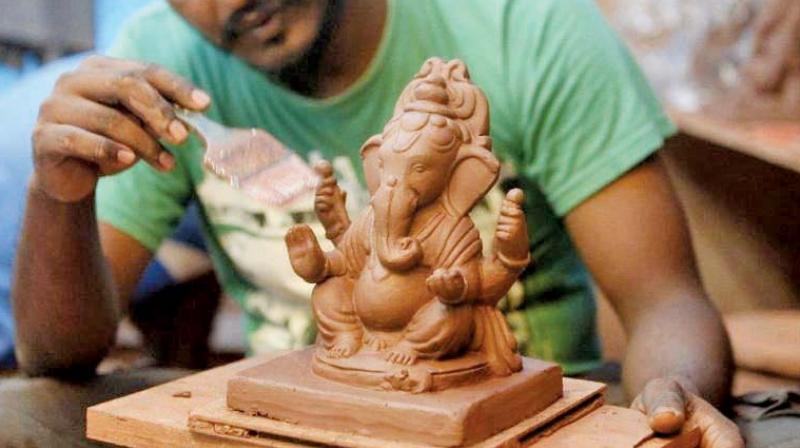 They assured that the system will be made more effective and all permissions will be given in seven-days time. (File image)

Mumbai: The Brihanmumbai Municipal Corporation (BMC) has assured city Ganesh Mandals that all online permissions will be provided in a week. The civic body’s assurance comes in the wake of several complaints raised by Mandals about the online registration system started this year.

The Mandals had said that the online system is slow, due to which there is a delay in getting permissions. Following their demands, a Ganesh mandal coordination committee in the city had asked the civic body to provide offline system too for giving the permissions.

In a meeting held at civic headquarters on Thursday, BMC officials refused to do away with the online system. They assured that the system will be made more effective and all permissions will be given in seven-days time.

The BMC had made it compulsory for all pandals to get approvals from the police, traffic and fire departments. To improve the application-approval rate, the civic body had introduced online system.

“The authorities promised that the permissions will be given quickly. The civic officials have also promised to provide training to Ganesh Mandal officials for better understanding of online system,” said Naresh Dahibhavkar, president of Brihanmumbai Sarvajanik Ganeshutsav Samanvay Samiti (BSGSS).

The civic authorities also assured to convene a meeting of Metro officials to find a solution on the issue of damaged roads. Many of these damaged roads fall on the procession routes of popular GanpatiMandals.