Central Railway immobilised for over 16 hours

The trains were bunched on the mainline owing to submerged railway tracks due to which, passengers were forced to sit in abandoned trains. 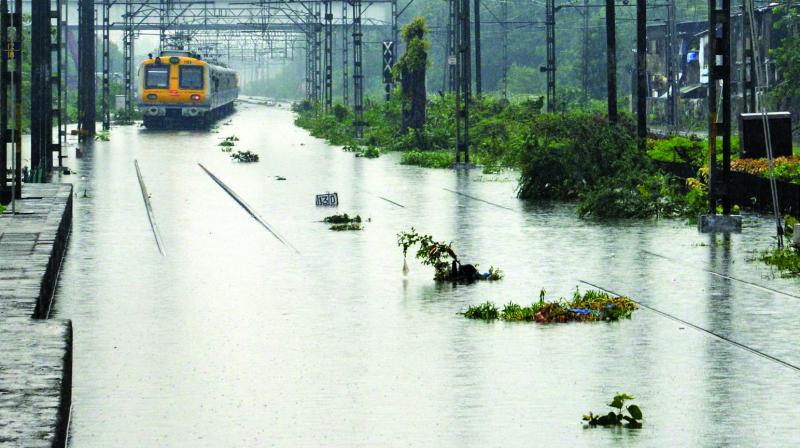 Mumbai: For more than 16 hours Tuesday, the suburban services of the Central Railway (CR) did not ply between CSMT and Thane on the mainline and between CSMT and Mankhurd on harbour line. Services were restored not before 4.30pm Tuesday. The Western Railway (WR) was affected for some time in the morning. Officials said that they had decided to run local trains along limited corridors. The train last operated on the mainline was at 11.30pm Monday.

Pushparaj Mishra, a scribe with a leading Hindi tabloid, said that he boarded an Ambernath local from Parel station at 10.49pm Monday but the train departed only at 11.20pm. Between 11.27pm and 5.15am, it was abandoned at Matunga station.

After it started, it stopped again at Sion station for 40 minutes. There was water up to two feet on the tracks. The train reached Thane by 8.45 am but was later cancelled and sent to the yard.

Mr Mishra said, “I boarded a Badlapur-bound train from Thane railway station and finally reached my destination Dombivali at 09.20 am Tuesday.” He claimed that not a single railway personnel came to serve water or tea.