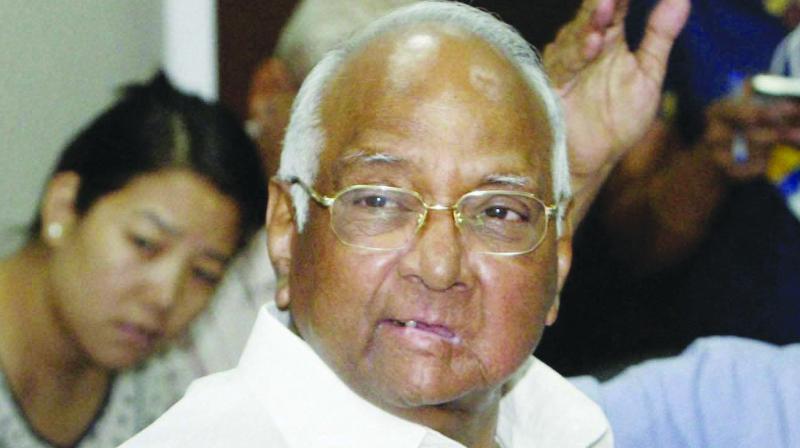 Mumbai: Finance minister Sudhir Munguntiwar has slammed the NCP chief Sharad Pawar for raising doubts over the Electronic Voting Machines (EVMs). The BJP leader said that pawar was baling the machine, as he could not win the elections.

Speaking in Wardha, Mr Munguntiwar said, “The Marathi proverb ‘Nachta Yeina Angan Wakde’ has come true once again. Instead of accepting his own fault, Mr Pawar is blaming others for his loss in elections.”

Mr Pawar, while speaking at NCP’s core committee meeting on Sunday, had raised doubts on the functioning of EVMs while questioning whether BJP’s state assembly loss to Congress in Chhatisgarh, Madhya Pradesh, and Rajasthan while in power was to win the national elections.

“I have always had a doubt about EVMs and its counting process. In Madhya Pradesh, Chhatisgarh and Rajasthan the BJP lost to Congress when they were in power. I always thought, what if this defeat was to win the general elections?” he had said. Mr Pawar earlier too had raised concerns over the use of EVMs in polls, claiming that he had once seen during a presentation that a vote cast for his party went in BJP’s favour.