MSRDC awards contract for 10 per cent less than its estimate. 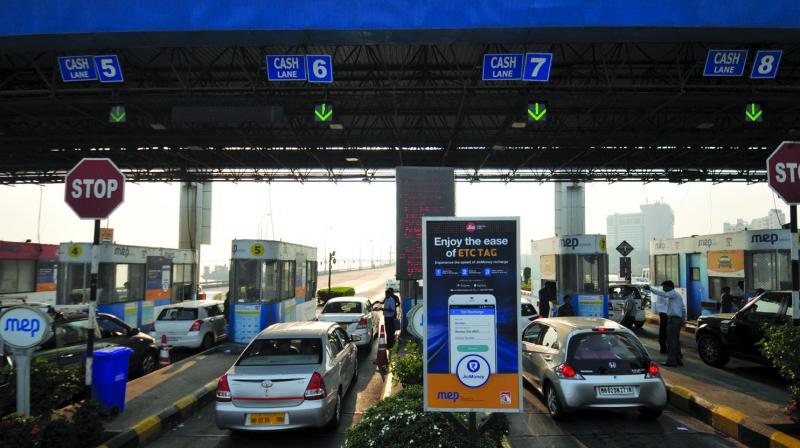 The MEP limited has been collecting toll on Bandra-Worli Sea Link since 2009.

Mumbai: After three failed attempts to make bidding for toll collection on 5.6-km-long Bandra-Worli Sea Link (BWSL) competitive, the Maharashtra State Road Development Corporation (MSRDC) has decided to award toll collection rights to the sole bidder Mumbai Entry Point (MEP) Limited for the next three years at almost 10 per cent lower than quoted by the MSRDC.

The offer of MEP that was accepted by MSRDC is Rs 325 crore whereas the MSRDC had quoted Rs 360 crore. The MSRDC had issued re-floated bids for three times but got only one bidder for the project — MEP Limited.

The MEP is collecting toll on Bandra-Worli Sea Link since 2009. Jayant Mhaiskar owns MEP and is also the brother of Virendra Mhaiskar, managing director of IRB infrastructure that collects the toll on the India’s first Expressway connecting Mumbai and Pune.

Kiran Kurundkar, joint managing director, MSRDC, said, “The MSRDC board has accepted the offer of Rs 325 crore from sole bidder MEP. The contract would be awarded to the MEP after it clears the payment of Rs 325 crore.”

Another MSRDC official said, “In a case of MEP meeting the Rs 325 crore target before the contract period of three years, there is a revenue sharing clause between the MSRDC and MEP. MSRDC will be liable for 90 per cent of toll revenue and MEP of the remaining 10 per cent if the toll collected is exceeding more than Rs 325 crore in the contract period of three years.”

The reason for awarding the toll collection rights to a single bidder for BWSL was that despite three calls it did not get any response and the board headed by Shiv Sena minister Eknath Shinde decided to award it to the sole bidder instead of going for the fourth call.

Another reason for poor response, according to MSRDC is because it asked for Rs 360 crore upfront payment for the next three years rather than taking it on a weekly, monthly or yearly basis.

Meanwhile, an email sent to MEP for its comments did not yield any response.

MSRDC has also proposed to extend tolling on the Bandra Worli Sea Link till 2059 from the current concession period of collecting toll up to 2039. MSRDC said it will help to recover the total cost of the project that was `1,600 crore and to have assets in its books to show steady condition while raising loans from various banks for upcoming
projects.