The nabbing of key shooter Satish Kaliya was crucial as he led the trail to Rajan. 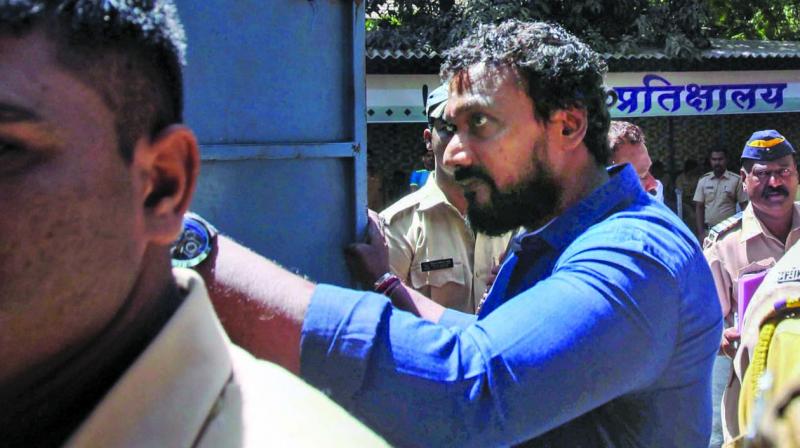 Mumbai: Voice samples taken from incarcerated gangster Chhota Rajan, who was on Wednesday awarded a life term along with eight co-accused in the J. Dey murder case by a special MCOCA court, and matched with incriminating calls proved crucial in clinching the case against him, said Central Bureau of Investigation (CBI) sources.

The CBI, which took over the probe from the Mumbai crime branch in January 2016, had further seized iPhones and the iPad of Rajan and retrieved ‘incriminating data connecting various accused in the conspiracy’, said sources.

Retired IPS officer Arup Patnaik, who was the then-Mumbai police commissioner, said it was the crime branch’s rigorous, human intelligence-driven probe that led to the cracking of what had otherwise seemed a ‘blind case’.

The nabbing of key shooter Satish Kaliya, who is among the nine convicted in the case, was crucial as he led the trail to Rajan, Mr Patnaik told The Asian Age. “It was a blind case. A murder, which seemed like a typical gangland operation, had happened involving a senior journalist even though in such cases the target is usually a builder or a businessman not a reporter. We had to find out who killed the journalist and why,” Mr Patnaik said.

“The Mumbai crime branch officers put in a lot of efforts to crack the case and put together the case against the accused for the trial. The arrest of Kaliya who was known to operate for Rajan was crucial as it led to Rajan and unravelled the conspiracy,” Mr Patnaik said.

Mr Patnaik deposed as a prosecution witness — number 149 — in the case for two days in the court six months ago. During the trial, the prosecution examined 155 witnesses.

According to police sources, the pressure to crack the case, which was seen as the mob's attack on media, was so acute that senior police officers had to brief the state home department on an ‘hourly basis’ for some time.

The CBI filed a supplementary chargesheet in the case in August 2016. Rajan was deported from Indonesia in November 2015 and has been in New Delhi’s Tihar Jail since then.

According to the CBI, sufficient evidence had also emerged to establish that Global Roaming SIM Cards were arranged by the accomplices of the accused. CBI sources said the agency will wait for the judgment copy to reach them to decide if the two acquittals will be appealed against.

Referring to the two acquittals in the case, meanwhile, crime branch officers alleged that the evidence against Vora was strong and that is why she was not discharged by the court, which had struck down her application
earlier.

Sources in the agency stated that making Ravi Ratheshwar an accused in the case, though he was a witness earlier, tore apart the fact that he had provided all the accused with SIM cards with same group. “This was one of the important facts of the alleged conspiracy as all the accused allegedly kept in touch with each other via those SIMs. These SIMs were used to keep in touch and conspire as per Ratheshwar’s statement under section 164 to the crime branch. It fell apart after he was made an accused, which also allegedly led to Paulson Joseph's acquittal,” said a source.

The officials said that Vora had been charged allegedly on the basis of her calls made to Rajan before Dey was attacked.