The additional 10 air monitoring stations for Mumbai have been commissioned and are in the installation phase. 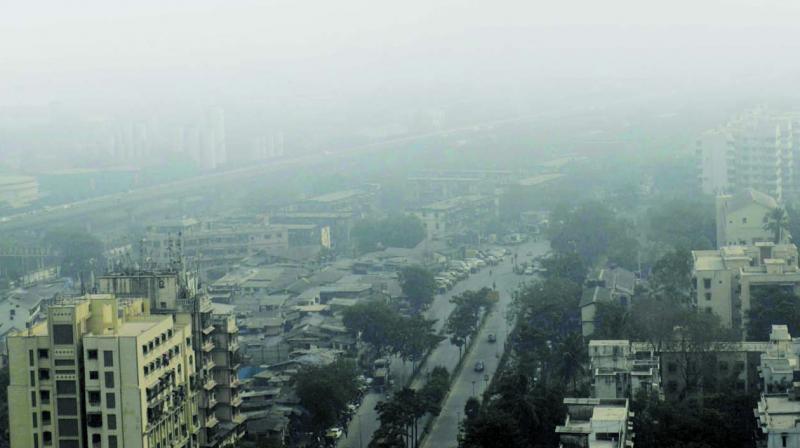 Mumbai was listed as the fourth polluted mega city in terms of air pollution, after Delhi, Greater Cairo, and Dhaka.

Mumbai was listed as the fourth polluted mega city in terms of air pollution, after Delhi, Greater Cairo, and Dhaka. Sunil Dahiya, senior campaigner, Greenpeace India, said, “What is more shocking is that the city was placed before Beijing which is infamous for reports of smog and air pollution. Whenever there is a discussion on air pollution, Delhi and Beijing make the headlines internationally; following which, several actions have been taken towards reducing the pollution in these cities.”

“It is high time that the authorities also pay attention to Mumbai, which, being a coastal city, is showing alarming pollution levels,” he added

Meanwhile officials from Maharashtra Pollution Control Board stated that being a developing city and owing to the tropical environment of India, Mumbai may see pollutant levels higher than WHO standards.

V.M. Motghare, joint director – air, MPCB, said, “For Mumbai, the city is experiencing various development projects owing to which particulate matter is bound to be higher.

However, the MPCB is taking measures to bring down particulate matter.

The additional 10 air monitoring stations for Mumbai have been commissioned and are in the installation phase. They will be ready within 15 days.

Among the cities in Maharashtra, Mumbai, Pune, Nagpur, Solapur and Navi Mumbai stood at global rank of 90, 133, 147, 237 and 268 respectively in terms of air pollution.

“Many cities in the world do not collect information or report on its outdoor air quality. WHO, therefore, cannot and does not compare cities based on their levels of outdoor air pollution. The cities, which have invested in the capacity to regularly monitor and report local air quality measurements, need to be praised, as they are already demonstrating a commitment to begin the process of addressing air quality issues and public health,” said a spokesperson of WHO India.