Errant bikers were caught mainly from places such as Bandra, Khar, Haji Ali and Kurla. 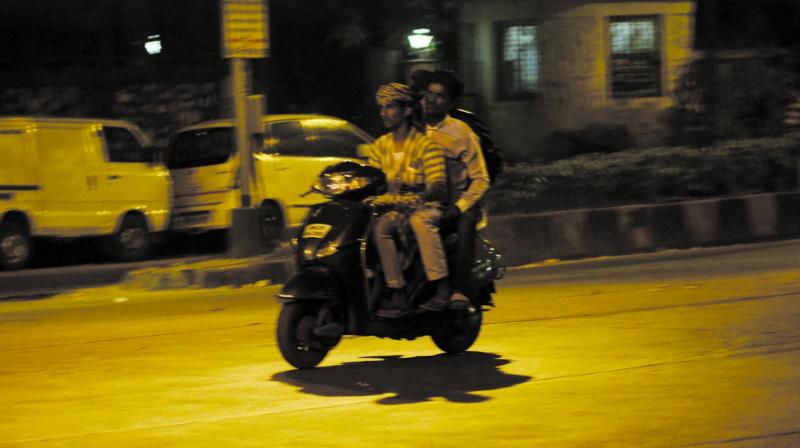 The police which was stationed immediately fined the errant riders instead of issuing them e-challans.

MUMBAI: The Mumbai police has slapped fines on 54 bikers for alleged traffic violations, including those related to rash driving and driving sans helmets on the occasion of Shab-e-Barat the night of Tuesday.

Sources said checking was done at several points across the city and that police from all police stations were stationed on the streets to keep the situation under control. During nakabandi, the police caught 54 bikers riding their motorcycles way past admissible speed limits on the Western Express Highway at night. Errant bikers were caught mainly from places such as Bandra, Khar, Haji Ali and Kurla.

A senior police officer said, “The bikers were competing with fellow bikers and riding in a zig-zag manner from Kherwadi junction till Mahim, ending their race at Mahim dargah (shrine). Some of these riders were caught and fined, while others managed to escape.”

The officer added, “A similar situation was observed between Marine Lines and Haji Ali.”

The police which was stationed immediately fined the errant riders instead of issuing them e-challans.

On the night of Shab-e-Barat (Badi Raat), the Muslim community prays in mosques and visits shrines and graveyards to seek forgiveness from departed souls.

However, many youngsters, race their bikes in the name of the festival, riding rashly and risking their own and others’ lives.

Last year, two youths lost their lives in a road accident. To avoid such mishaps, the police had deployed men in the city and the suburbs.