Maharashtra may give MSP for 22 crops

Proposal is to stabilise prices of sugarcane, rice, wheat, etc and items like milk and eggs. 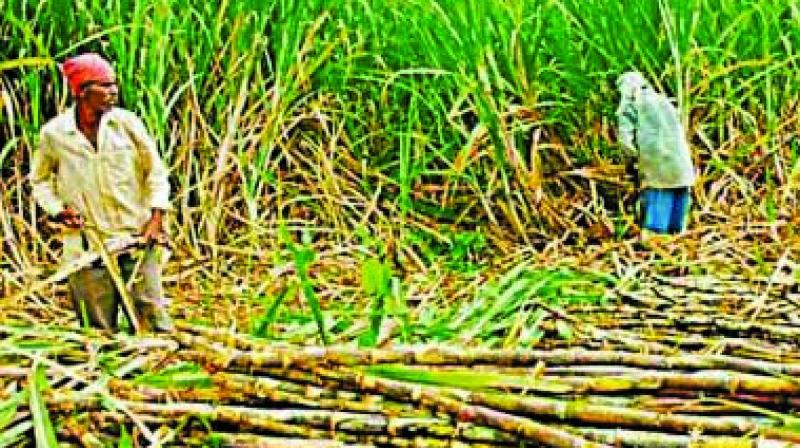 The proposal is under consideration as any bumper crop affects prices and farmers suffer as a result.

Mumbai: In a bid to stabilise the prices of crops, the state government is mulling over giving minimum support price (MSP) to 22 such crops and food items to help farmers. The government is considering such a proposal after facing trouble over stabilising prices of tur dal, whose yield was unexpectedly high this year. This led to a fall in prices. Last year, the same crop’s yield was meagre, due to which the price of 1 kg tur dal surged to Rs 200.

Revenue minister Chandrakant Patil has proposed to the state that crops like sugarcane, cotton, rice, wheat, jowar, bajari, corn and food items like milk and eggs should be purchased by the government from farmers giving MSP.

The government will either sell the items on its own or give it to ration shops to sell.

The proposal is under consideration as any bumper crop affects prices and farmers suffer. “I have proposed the government to have MSP for 22 crops which are popular among farmers. The destabilising prices always affect farmers badly. On the other hand, the consumers also feel the pinch. Hence, the government is considering the project,” Mr Patil said. The proposal will fix the prices of 22 chosen crops and items like milk, egg.

“The government would buy the crops from the farmers and would bring it for sale in the market or give it to ration shops for sale,” Mr Patil said. The proposal was discussed in a cabinet meeting on Tuesday.

Currently, the government is finding it difficult to purchase tur dal as the crop yield was huge compared to last year’s. Farmers are agitating across the state over the drop in tur dal prices. A protest was also held outside the Vidhan Bhavan demanding MSP for tur dal.