Northbound WEH lanes to be shut at night

According to MMRDA’s official website, around 109 U-girders for the Metro-7 corridor are ready and can be placed above the pier caps. 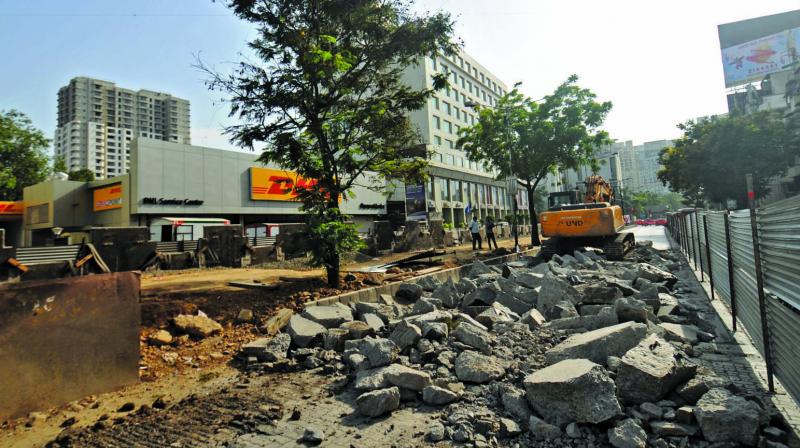 Mumbai: Starting from today, the northbound lanes on the Western Express Highway (WEH) will be kept shut in the night hours for a few days from 12 am to 5 am. This is because the Mumbai Metropolitan Region Development Authority (MMRDA) will carry out placing of U-girders for the ongoing Metro work of Andheri east- Dahisar east Metro-7 corridor.

The traffic department has, however, planned diversions for the northbound traffic when the lanes would be shut at particular locations. For example, on Tuesday chief minister Devendra Fadnavis launched the first U-girder at Pathanwadi near Malad. Hence, the northbound lanes between Pathanwadi and Times of India printing press in Kandivali were kept shut.

Mr Jadhav further added, “This schedule will be regular for a few days and till the MMRDA wants to work. We are informed that MMRDA wants to place one U-girder daily and so depending on the location we will shut the northbound lanes of WEH from point A to point B.”

According to MMRDA’s official website, around 109 U-girders for the Metro-7 corridor are ready and can be placed above the pier caps. In the case of pier caps, 40 are ready and around 18 are already erected. The MMRDA has completed around 25 per cent of piling work, 60 per cent of barricading work and 77 per cent of the soil testing work for pier foundation has already been completed.

The MMRDA has proposed to construct a network of 172-km-long Metro corridors in the Mumbai metropolitan region (MMR). The contractors for Metro-2A and Metro-7 were appointed in May 2016. The civil works on both the corridor took off in full swing in October 2016.