Indian Meteorological Department officials said that a host of factors, other than El Nino, determined the monsoon’s performance. 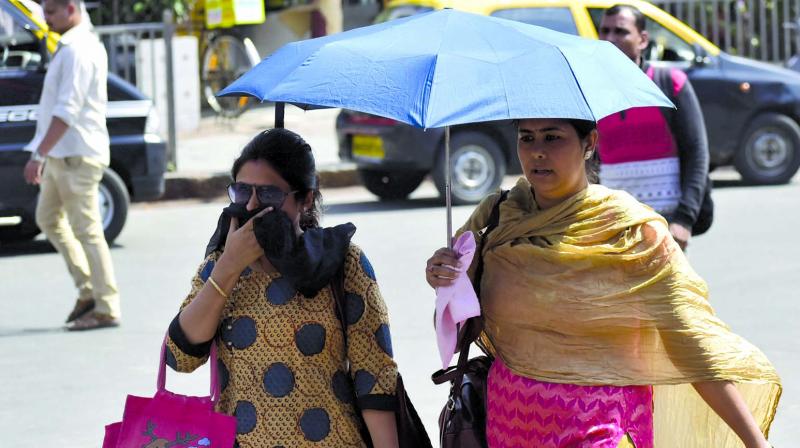 Women take shelter from the heat.

Mumbai: The heat wave in Maharashtra has started to take effect as Chandrapur sizzled at 43.4 degree Celsius on Tuesday.

The Indian Meteorological Department (IMD) had issued an advisory stating that temperatures 0.5 degrees higher than the usual would be witnessed in the first half of the summer season over the country, including states like Maharashtra, which is already reeling under drought conditions.

For Maharashtra, the IMD had issued a heat wave warning for the Vidarbha region for the next five days along with the likelihood of similar conditions in isolated pockets of Nashik, Ahmednagar, Beed and Parbhani districts.

The Asian Age had earlier reported on March 29 that weak El Nino conditions have developed over the equatorial Pacific Ocean and that these conditions are likely to persist in the early part of the summer season and likely to weaken
thereafter.

Indian Meteorological Department (IMD) officials said that a host of factors, other than El Nino, determined the monsoon’s performance.