A former Congress city unit chief, he served as a Member of the Legislative Council (MLC) between 2008 and 2014. 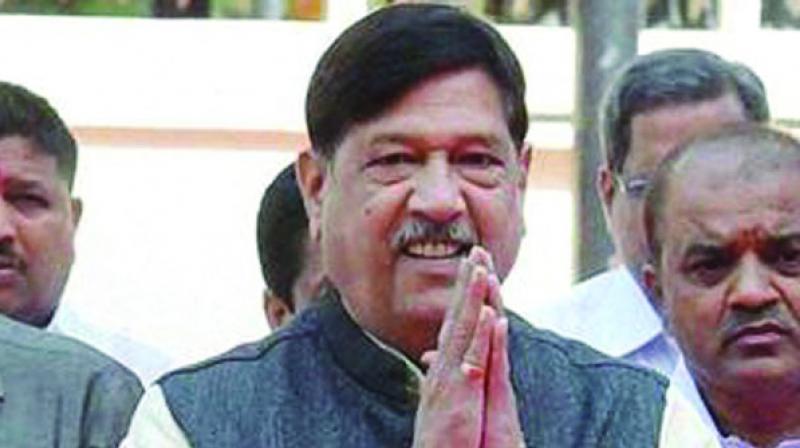 Mumbai: The suspense over the Congress’ candidate from the Pune Lok Sabha seat is finally over. Overlooking the claims of several aspirants, the Congress has decided to field Mohan Joshi, a party loyalist, to take on the Bharatiya Janata Party (BJP) nominee Girish Bapat in the upcoming Lok Sabha polls.

The announcement was made late Monday night by the Congress in an official release. Mr Joshi has a tough task as his rival Mr Bapat is a political heavyweight, being a five-time BJP MLA and state cabinet minister. Both Mr Joshi and Mr Bapat are Brahmins, who account for at least 13 per cent of the population in Pune.

There were several aspirants, seeking to contest from Pune on a Congress ticket. Along with Mr Joshi, Arvind Shinde and Abhay Chhajed were interested. Pravin Gaikwad, founder of the Maratha outfit Sambhaji Brigade, too, joined the Congress in the hope of a ticket. Rajya Sabha MP and associate member of the BJP Sanjay Kakade was also keen to fight the Lok Sabha polls on a Congress ticket.

However, in the end, Mr Joshi’s name was finalised as party loyalists opposed the names of Mr Kakade and Mr Gaikwad, terming them ‘outsiders’.

“I thank the party for giving me an opportunity to contest the Lok Sabha polls. I am confident of winning the elections as people are fed up with the BJP at every level,” Mr Joshi said.

Mr Joshi is considered a loyalist of the Congress since 1972. A former Congress city unit chief, he served as a Member of the Legislative Council (MLC) between 2008 and 2014.

He also served as AICC observer for the Rajasthan Assembly polls in 2013, Bihar elections in 2010, and Karnataka, Gujarat and Madhya Pradesh polls in 2008, 2007 and 2005, respectively.