Redevelopment to soon be possible with 51 per cent consent

The current 70 per cent consent will be reduced to 51 per cent, paving the way for the redevelopment. 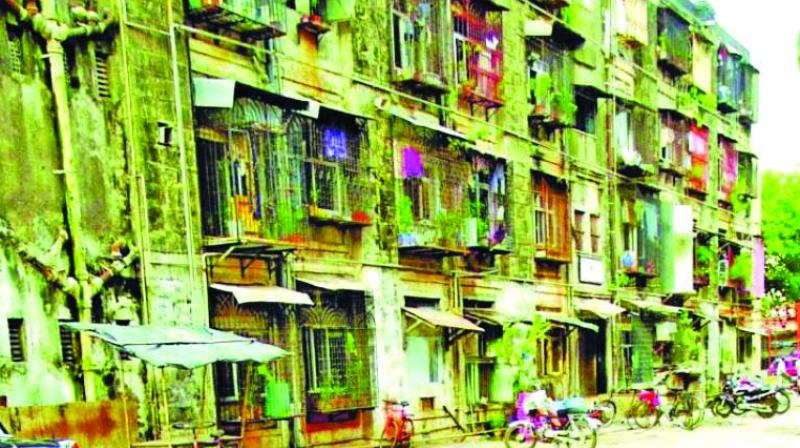 The new amendment will help in redevelopment of thousands of old dilapidated buildings across the city.

Mumbai: The housing department has made the redevelopment of old, dilapidated buildings easy by bringing in an amendment, which allows majority consent of the owners instead of unanimous consent.

Many building, especially in the island city are awaiting redevelopment as all the flat owners have not given their consent. The current 70 per cent consent will now be reduced to 51 per cent, paving the way for the redevelopment. It will include cessed buildings too. The housing department has brought in an amendment bill, the Maharashtra Apartment Ownership Act 2018, which will be introduced in the assembly for approval. As per the amendment in the act, repair, reconstruction or redevelopment of dilapidated buildings can take place after obtaining the consent of a majority of the apartment owners instead of unanimous consent. The buildings, which have been registered under this act, including cessed buildings in south Mumbai, will benefit.

“It has been observed that certain buildings covered by the same act though require reconstruction and redevelopment. But it is not possible to undertake such reconstruction as the consent of all the members of the association of apartment owners is required. It has been also noticed that if such buildings are not reconstructed or redeveloped in time, there is a likelihood of risk and difficulties. Therefore, it is considered expedient to amend the said act suitably," the amendment said.

A senior official from the housing department said that the unanimous consent was necessary for redevelopment of any building. "There are disputes in many cases. All the flat owners do not agree with the redevelopment, which delays the process. Therefore it was decided that the majority of the residents should approve the repair or redevelopment proposal. This will help residents in old buildings to get their work done faster. The residents would need 51 per cent consent instead of 70 per cent, for redevelopment," he said.