Officials identified the person, and they tracked him down to Bhendi Bazzar two days later. 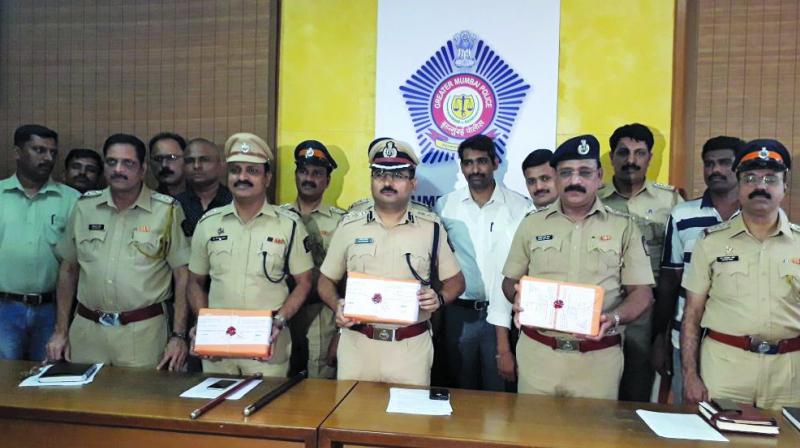 The accused told the cops the names of the abetters,

Mumbai: The Pydhonie police has solved a bag-snatching case involving Rs 88 lakh snatched from a businessman after it recovered Rs 86.98 lakh of the stolen amount based on the details given by three men arrested in the case. The police suspect that the accused may have spent the remaining Rs 1.02 lakh at bars. The accused are hawkers, who had hatched the plan to steal the booty. A case of robbery has been registered and they have been remanded to police custody for further investigation.

The arrested accused have been identified as Rafiq Shaikh, Irfan Mansuri and Hassan Mansuri, who executed the snatching on February 21. Police said that the victim, Rajeshwarrao Shastri, who works at Nasir Khan’s shop in Pydhonie, was given a tiffin and a sack containing money and asked to deliver it home. When Shastri reached Siddharth Mansion, Khan’s residence and was climbing the stairs, he saw a suspicious looking man talking on the mobile phone. “The person pushed Shastri and fled with the sack. Shastri raised an alarm and began chasing him,” said Avinash Kanade, senior inspector Pydhoni police station.

Officials identified the person, and they tracked him down to Bhendi Bazzar two days later. The accused, Irfan was detained by the police and upon questioning, he revealed the plan and names of his accomplices.

Officials said that the money was not with him and hence the probe was far from over. After the names of the other accused were identified, the police nabbed the second accused from south Mumbai and the third was picked up from Nul Bazar. It was then that the police succeeded in recovering Rs 86.98 lakh from them. The money had been given to Hassan for safe keeping, officials said.