Owners and staff of 1 Above ran away without helping guests, claims witness

Toral has also alleged that neither staff nor owner of 1 Above helped the customers inside the resto pub to escape, preferring instead to run away. 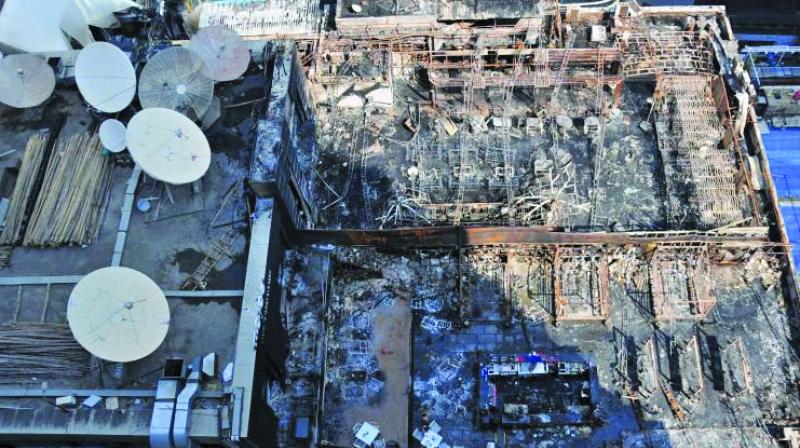 1 Above and Mojo’s Bistro were completely gutted in the blaze on December 29, 2017.

Mumbai: A witness, who had gone to the 1 Above resto pub with her husband and six relatives, in her statement alleged that neither the staff nor the owner of 1 Above helped them in escaping from the blaze.

Instead, she alleged that they ran away without helping customers. She said that there were no signs indicating the emergency exit, which made it very difficult for them to leave the place. The witness had received burn injuries during the fire.

Toral Thakur (30) stated that she visited 1 Above on the night of December 28 along her husband Pratik, their relatives, Neil Udani and wife Kosha along with three friends, Mayank Parekh, wife Nupur, and Lokesh Parekh.

They generated a bill of more than Rs 10,000 and when they were about to pay the bill, they noticed the fire in the restaurant. Within no time, there was chaos. Toral has stated that it was their first visit to the place and they did not know if there was any emergency exit. Also there were no signs indicating its location, hence it was with great difficulty that they were able to get out from the stampede-like situation inside. She also received some burn injuries as parts of burning plastic from the shade, which was used as ceiling, started to fall on her and others.

Toral has also alleged that neither staff nor owner of 1 Above helped the customers inside the resto pub to escape, preferring instead to run away.

They went to private hospital for medical treatment. The next day, they read in the papers that 14 people had died in the fire.