No relief for Milind Ekbote in Bhima-Koregaon case 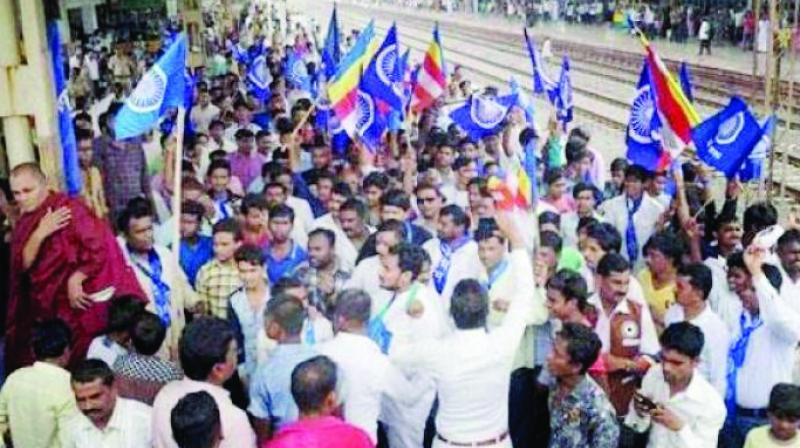 A file photo of people protesting the Bhima-Koregaon caste clashes in Pune.

Mumbai: The Bombay high court refused to give any relief to Milind Ekbote, an accused in the case related to Bhima-Koregaon violence of January 1 in Pune where a youth had died. It rejected his anticipatory bail application, because of the petitioner's alleged instigation as a result of which the common man's routine was disturbed".

Public prosecutor Prajakta Shinde informed the court that his call data records showed he had been in contact with several other accused persons in the case. Ekbote had 17 previous cases of atrocities registered against him, the prosecution said.

A division bench of justice S.C. Dharmadhikari and Justice Bharti Dangre observed, “The probe is still on. The police are still recording statements of victims and collecting evidence”.

The bench said that the entire incident could have been avoided if the local leaders as well as the general public had shown some discipline.

Pradhan argued that JNU student Umar Khalid and Gujarat MLA Jignesh Mewani had given provocative speeches in Elgar Parishad event due to which the violence had occured.

Ekbote, however, argued he had been planning to go to Bhima-Koregaon on December 30 to “appeal to the public to maintain peace”.

“However, the police advised me against going there and so I stopped at a hotel about 4 km away. I held a press conference there and distributed a press note which was in no way provocative,” he said.