Municipal corporation’s economic stability under stress due to GST, services charges to go up. 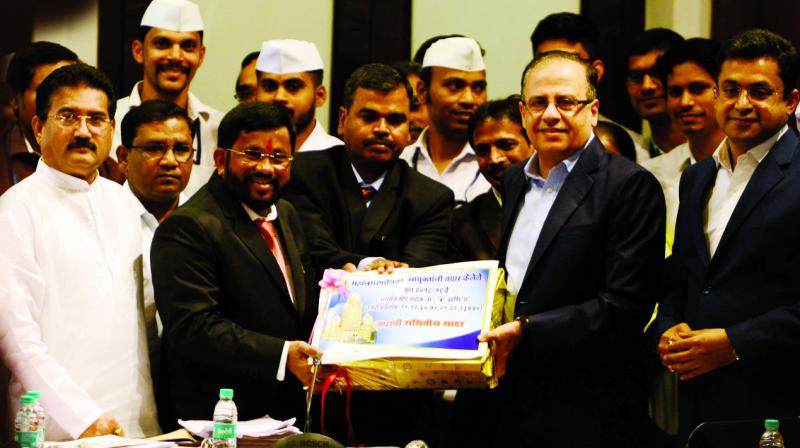 However, the financial stability of the BMC is clearly under stress due to Goods and Services Tax (GST). (Photo: Rajesh Jadhav)

Mumbai: The country’s richest municipal corporation, the Brihanmumbai municipal corporation (BMC) 2018-19 budget has imposed indirect taxes on Mumbaikars in the form of service charges. There are no direct taxes. The civic body proposes to increase charges on medical treatment, factory permit, license fees for markets etc. The Rs 2,7,258-crore budget has significant provisions for BMC’s ambitious projects like the coastal road, textile museum and sports complexes among others. However, the financial stability of the BMC is clearly under stress due to Goods and Services Tax (GST). This has led the civic body to impose indirect taxes in the form of increase in various service charges.

“It will be the first time that such a huge amount will be used for civic infrastructure projects from fixed deposits. We plan to use it for major projects like coastal road, Goregaon-Mulund Link Road etc.” said Mr Mehta.

While there is no increase in taxation, the BMC has decided to increase some of the charges like factory permit charges, license fees for market and medical fees in municipal hospitals. While Mumbaikars will have to pay 20 per cent more for hospital treatment, outsiders will have to shell out 30 per cent more. “These are the services charges which citizens have to pay for availing municipal services. However, we have not increased any taxes,” Mr Mehta said.

The implementation of DP 2034 remains top priority as a separate provision of Rs 2665.37 crore has been provided for it. According to BMC officials, it will be used to build new amenities like open spaces, transportation services, solid waste management infrastructure, education and health facilities.

The BMC has allocated Rs 1,500 crore for its ambitious coastal road project, which is expected to create one lakh jobs. “The tender process for the project has been completed and work order will be issued by April end. It will create a green belt of 54 hectares for the city,” said Mr Mehta.

The BMC has increased the budget for the roads department allocating Rs 2,058 crore. Around Rs 200 crore has been increased as compared to the last year’s budget. Important works undertaken include beautification of Saat-Rasta Junction, widening of S.V road Bandra, LBS road in eastern suburbs and concretization of gaothan roads.

Potholes
The provision for potholes was included in the main road budget. Last year, the BMC had imported pothole mix to fill the pothole-ridden roads, This year, the civic body is looking forward to manufacture similar material at its own plant.

Civic hospital to be revamped

The BMC budget allocated Rs 1,000 crore for the multi-phase redevelopment plan of the civic-run Sion hospital to convert it to an 1,800-bed tertiary care facility. The civic body’s budget has allocated Rs 10 crore to medical and dental colleges for collaborations with foreign universities and to start faculty and student exchange programmes, telemedicine centres, digital classrooms and libraries.

The budget has proposed to hike the rates for medical services by approximately 20 percent for residents of Mumbai and 30 percent for people from outside Mumbai. The civic body also proposed free treatment for senior citizen. The BMC allocated Rs 13.5 crore for the tuberculosis eradication programme.

More than Rs 100 crore allocation has been made for the sewerage department which would include Mithi River water quality improvement programme. Around 11km sewer line is proposed to be laid in the vicinity of Mithi River.