The police probe had earlier focussed on examining the role of two neighbours of the deceased’s parents. 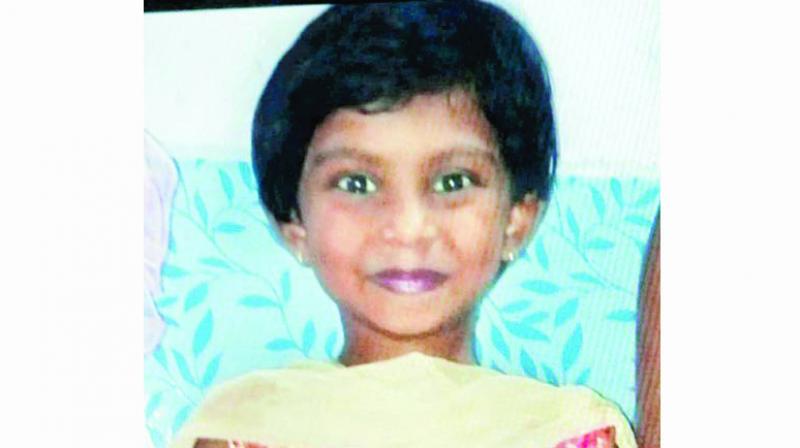 Mumbai: A month and a half after five-year-old Manvi Ingle died after she was flung from the 15th floor balcony of her parents’ flat at New Hind building in Byculla, the police is still clueless about the identity of the culprit.

The Byculla police has widened the scope of its probe and is examining every building resident who was there around the time of the incident. The police probe had earlier focussed on examining the role of two neighbours of the deceased’s parents. Manvi died after falling from the 3.5-foot-tall balcony on December 19, hence the police suspected that somebody threw her, a view that was buttressed after it recreated the sequence of events on December 21.

According to a senior police officer of Byculla police station the police was questioning two neighbours who reportedly had old enmity with the family and one of them had even burned the girl’s school uniform two days before the day of the incident. Along with these two suspects, the police has now widened its range of investigation and is questioning the people present on the 15th floor of Vignaharta building at the time of incident as well as other residents of the building.

Speaking to The Asian Age, an investigating officer of this case, police inspector Nandkumar Gopale, said, “We have neither zeroed down on any of the suspects nor ruled out any, but are still in the questioning process. The police do not have any strong leads as of now.” The Byculla police had registered an accidental death report and filed an FIR under Section 302 for murder against an unknown suspect on December 19.