The BNHS and Wetlands International are coordinating AWC in India between January 6 and 21. 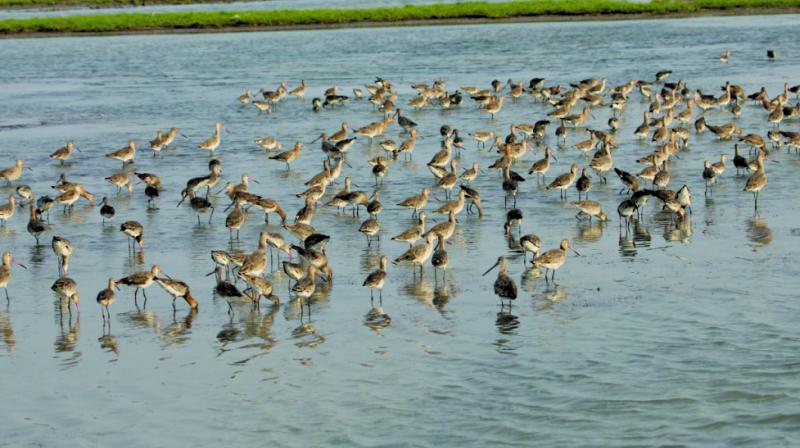 File image of water birds in the city.

Mumbai: The Bombay Natural History Society (BNHS) and Wetlands Internatio-nal, a global organisation that works to sustain and restore wetlands, is set to begin 2018 by counting water birds at the city’s wetlands and important bird and biodiversity areas (IBA) such as Sanjay Gandhi National Park, Borivali, the Tungaresh-war Wildlife Sanctuary, Vasai, the Mahul-Sewri wetlands and Thane creek.

As per Asian Water Bird Census (AWC) 2015, India recorded highest number of water birds with count of 2,357,056. “Water birds are key indicators to understand the health of wetlands along with highlighting the importance of these wetlands for both humans and birds,” said Bilwada Kale, public relations officer, BNHS. Maharashtra includes nine important bird areas as per AWC 2017 census 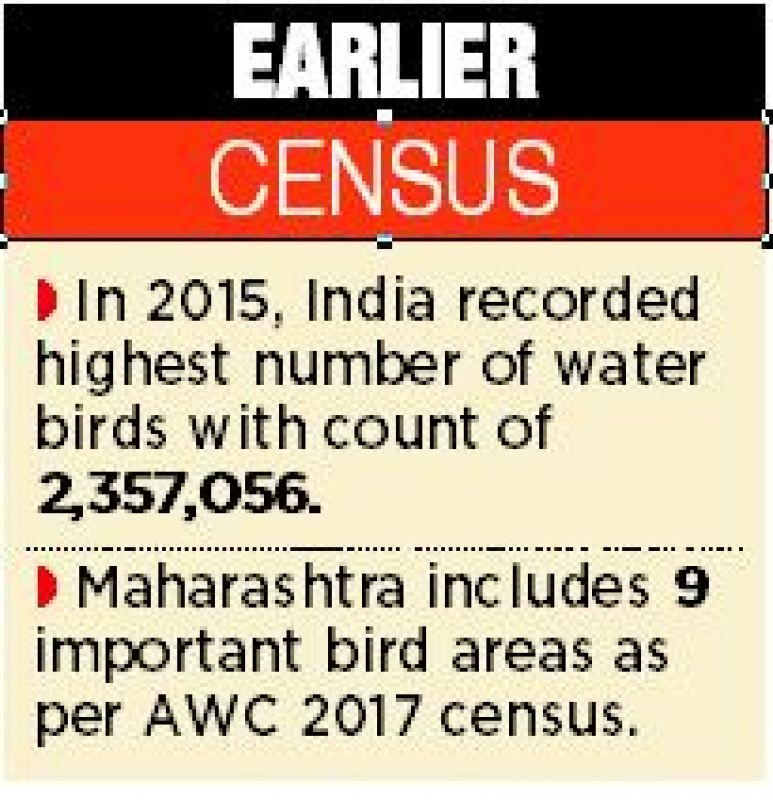 The BNHS and Wetlands International are coordinating AWC in India between January 6 and 21.

Through this initiative, people will be encouraged to count water birds in wetlands around them and collect information that will help in the designating and managing important sites.

Dr P. Sathiyaselvam, a BNHS scientist, said, “The data obtained will be valuable not only in conserving water birds habitats at the national level but also the wetlands under the Central Asian Flyway at the international level.”