The Harbour line was shut sporadically between 11.30 am and 4.40 pm on Tuesday due to protests over the Koregaon-Bhima violence in Pune. 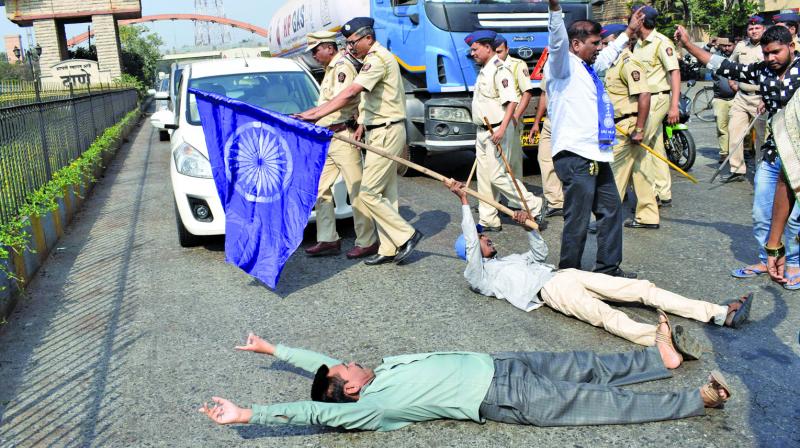 Activists stage protests on the streets in Chembur on Tuesday.

Mumbai: The Harbour line was shut sporadically between 11.30 am and 4.40 pm on Tuesday due to protests over the Koregaon-Bhima violence in Pune. Protesters from dalit organisations partially paralysed the city’s transport with multiple reports of vandalism of Brihanmumbai Electric Supply and Transport (BEST) buses in Kurla and Chembur. Protesters also stopped traffic in Govandi and Mankhurd and Chembur Naka on the Eastern freeway.

The Central Railway (CR) tried to run services in sections like Lokmanya Tilak Terminus to Panvel where the protesters were not sitting on the tracks but this further angered the crowd, and the rail roko spread to other stations as well, said sources.

An official said, “The line was hit when we were trying to start the trains in sections where the rail rokos were not taking place. But the word got out, and people started converging at those stations” 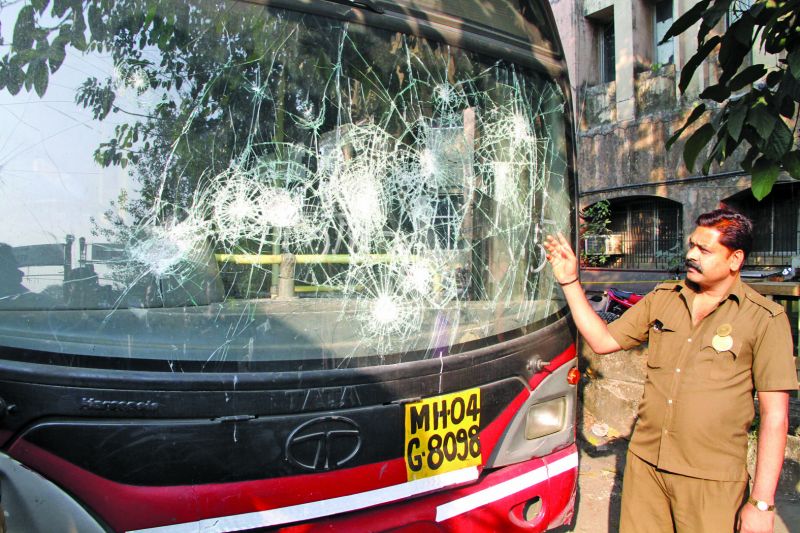 Divisional railway manager S.K. Jain said, “A motorman’s window was damaged after stones were pelted on a train at Govandi.”

Similarly, BEST buses were vandalised at 11 depots and stones were pelted at auto rickshaws in Mulund. Around 134 Mumbai State Road Transport Corporation buses were damaged in the city and drivers and conductors also refused to ply them, dropping passengers off at Belapur.