The arrest was made on the 1st January 2018 by Anti Narcotics Cell (ANC) Bandra unit. 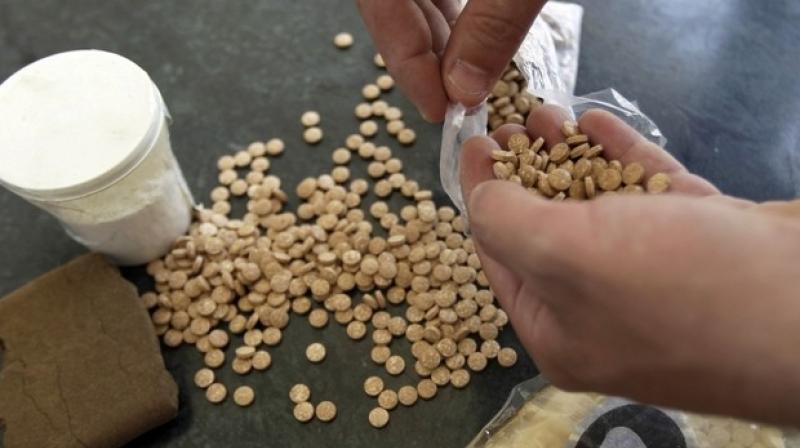 The arrest was made on the 1st January 2018 by Anti Narcotics Cell (ANC) Bandra unit. (Photo: AFP)

Mumbai: In a successful trap laid by the PI Wadhawane and staff of ANC, Bandra Unit, the police arrested a drug supplier identified as Okoro Ogudu Onyeka (30) with 120 grams of cocaine worth Rs 6 lakh. The arrest was made on the 1st January 2018 by Anti Narcotics Cell (ANC) Bandra unit.

A police source said that one of an important cocaine supplier to Lokhandwala complex; Andheri area was arrested and a possession case was registered against the accused under section 8 read with 21 (C), NDPS act 1985. The accused is a resident of Mira Road, District Thane. He has been arrested with Cocaine, worth `6 lakh.

Recently the Mumbai police’s ANC had arrested a businessman from Khar and seized cocaine and synthetic drugs, including LSD dots, worth `14.56 lakh from him. The ANC officials said that the accused identified as Bakul Chanderia was a supplier and was selling the drugs to high-profile customers. ANC is questioning him to gather details on his customers. Following a tip off, the Azad Maidan unit of ANC kept the residence of Bakul Chanderia at Khar’s 14th Road under surveillance and after a few days swooped on him on Saturday night. The tip-off stated that the suspect was storing substantial quantities of drugs at his residence.