Nana Patole is a fourth-term MLA from Sakoli in Vidarbha region. 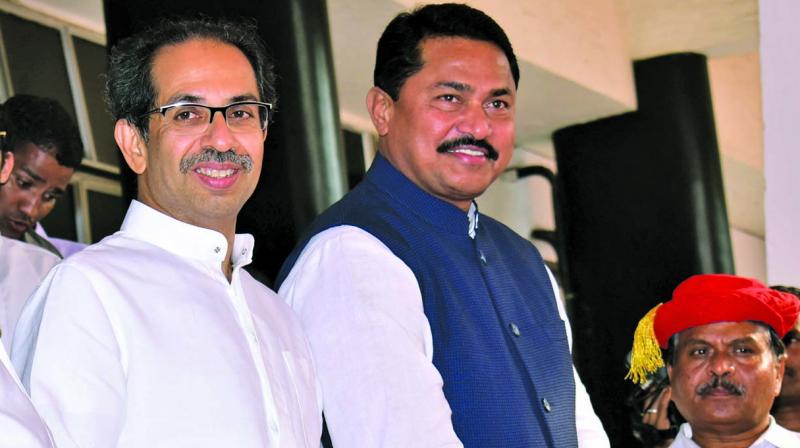 Mumbai: Senior Congress MLA Nana Patole was unanimously elected as the speaker of the Vidhan Sabha on Sunday. His election was a foregone conclusion as the Maharashtra Vikas Aghadi (MVA) government, consisting of Shiv Sena, NCP and Congress, had won the floor test by a comfortable margin a day earlier.

The BJP on Saturday had announced Kisan Kathore as its nominee for the speaker’s position. However, just before the poll, the party decided to withdraw the nomination, which paved the way for Mr Patole’s election. BJP legislature party leader Devendra Fadnavis said that his party decided to withdraw keeping in mind the tradition of not holding an election for the speaker’s post. “We did not feel that the speaker should be chosen through an election,” he added.

The CM and some senior MLAs escorted Mr Patole to the speaker’s chair. Mr Thackeray and Mr Fadnavis praised Mr Patole’s work as legislator and farmers’ leader. “I am happy that the son of a farmer has occupied this post. We have now got a speaker, who doesn’t mind calling spade a spade,” Mr Thackeray said.

Speaking on the occasion, the newly elected speaker said that he would continue to work for farmers and downtrodden people in the society. “In my political career, I have always given highest priority to the welfare of farmers. While working as the speaker, my goal will be to protect farmers’ interest and provide relief to the deprived section of the society,” he said.

The 57-year-old Mr Patole succeeds Haribhau Bagade of the BJP, who was speaker during 2014-2019 when Mr Fadnavis was the CM. He is a fourth term MLA, who represents Sakoli Assembly segment in Vidarbha.

The Maha Vikas Aghadi government passed the floor test in the Assembly on Saturday.

Altogether 169 MLAs voted in favour of the motion of confidence after the Opposition BJP, which has 105 MLAs, staged a walkout before the head count began in the House.