The governor added that the Maha Vikas Aghadi (MVA) government was concerned over unemployment in the state. 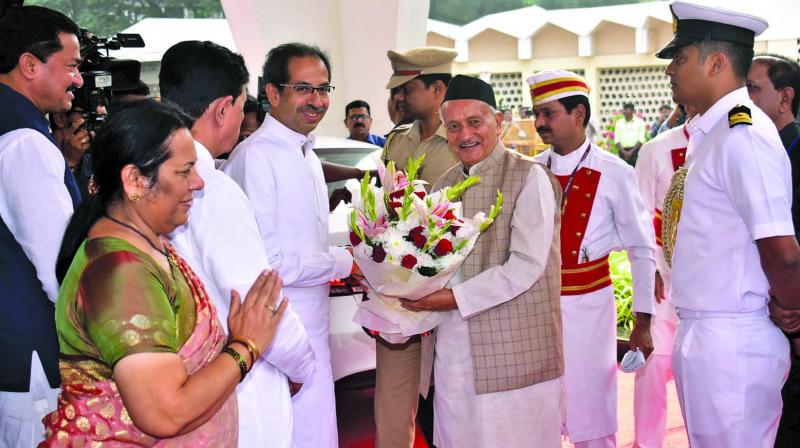 Mumbai: In tune with the Shiv Sena’s pre-poll promise, governor Bhagat Singh Koshyari on Sunday said the state government will enact a law to ensure 80 percent reservation in private sector jobs for ‘sons of the soil’. Mr Koshyari made the announcement while addressing the joint session of the legislature at Vidhan Bhavan.

The governor added that the Maha Vikas Aghadi (MVA) government was concerned over unemployment in the state.

The Shiv Sena in its manifesto for the Assembly polls had promised to provide 80 percent reservation to locals in jobs. The party, even after forging an alliance with the NCP and Congress, insisted on the issue to be included in the common minimum programme (CMP).

“The government is concerned with the rising unemployment and the resultant restlessness among the youth. With a view to create employment and also ensure speedy delivery of public services, the government shall initiate the process of filling the vacant posts of the state government,” said the governor.

Mr Koshyari also assured that the government is also committed to provide immediate assistance to farmers, who suffered due to the unseasonal rains this year.

“The state witnessed widespread damage due to floods and drought. The government will take necessary steps to free farmers from debt and their worries. It will also take appropriate measures to ensure remunerative prices for farm produce to reduce agrarian distress,” he said.

The governor further said the government will soon present a “true picture” of the economic status of Maharashtra.

“That picture will broadly talk about the economic status of the state and its financial condition,” he said in his speech which was delivered in Marathi.