Aadhav started filing RTI pleas related to works carried out by the firm and began lodging complaints against them. 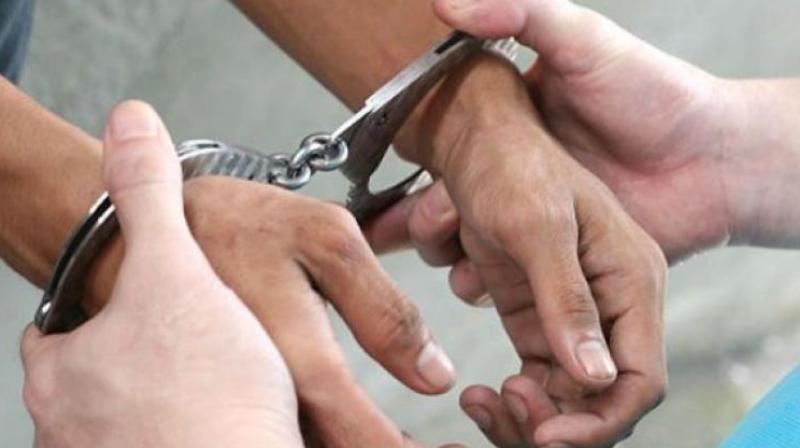 Mumbai: A former senior employee of an infrastructure firm was arrested in Vartak Nagar police station against the charges of allegedly blackmailing and extorting Rs 3.50 crore from its directors.

According to the Thane Police, Kaveshwar Aadhav aged 42 who is a former general manager with Pratibha Industries, was arrested on Friday for extortion on the complaint of the firm’s managing director Manohar Kulkarni, an official said.

As per the complaint, he had bagged Rs 406 crore contract from the Bri-hanmumbai Municipal Corporation (BMC) between 2009 and 2014 for laying a water pipeline from Tansa Lake to Shahapur, police said. Aadhav, the complaint alleged, was taking decisions that were detrimental to the firm and was therefore shifted to a housing project in Kalyan and then to one of the company’s sites in Rajasthan.

He was then forced to quit the firm in October 2014, police said quoting the complaint. Taking advantage of his knowledge of the internal working of the firm and its projects, Aadhav started filing Right to Information (RTI) pleas related to works carried out by the firm and began lodging complaints against them with relevant authorities, the complaint stated.

He then demanded Rs 5 crore from the directors of the firm to withdraw these complaints, and over a period of time starting January 2016 extorted Rs 3.50 crore, the police said. Vartak Nagar police arrested Aadhav on Friday and the Thane police’s Anti-Extortion Cell (AEC) is conducting a parallel probe into the case, an official said.