Mumbai alone has a history of stations that have their names derived from gods or temples. 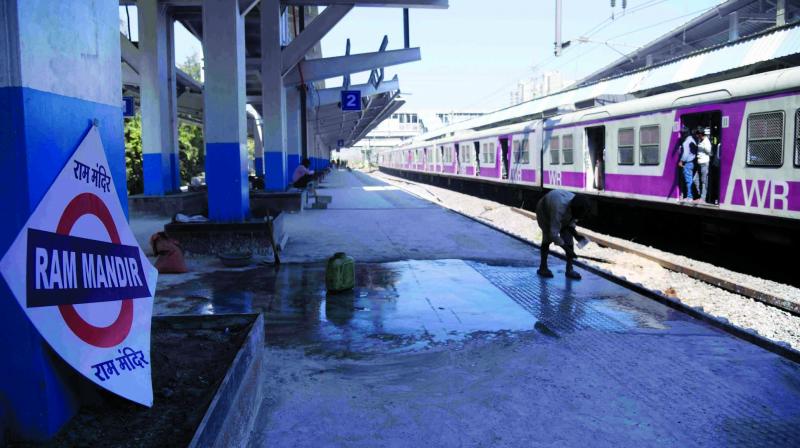 The Ram Mandir station at Oshiwara.

Mumbai: Despite there being a lot of hullabaloo about the new station at Oshiwara being named ‘Ram Mandir’, this isn’t the first time in Mumbai that a station has been named after a deity or a temple. The city already has stations like Mahalaxmi, Masjid, Churchgate and Mumbra, while further away we have Sainagar Shirdi and Pandharpur stations, apart from others with religious names.

This is what the Indian Railway Fan Club (IRFC), an association of rail commuters and political leaders, contended in connection with the new station being named Ram Mandir. This is not the first time that a station has been named in keeping with local sentiments, the club’s members added.

Mumbai alone has a history of stations that have their names derived from gods or temples. These include Mahalaxmi, named after a nearby temple, Mumbra, which borrows its name from the Mumbradevi temple, Belapur (Belapur temple), Guru Tegh Bahadur Nagar, Santa Cruz, Sion (Mount Zion is a biblical reference) and Khandeshwar (Khandeshwar temple).

IRFC member Nikhil Rao said, “There are enough examples in the city to show that importance has been given to deities and gods, who have a following in a particular area, when it comes to the naming of the stations there.”

Western Railway (WR) general manager G.C. Agarwal, on his part, said, “I am not the right person to comment on this issue as the naming of a station is a state subject. In this case, the state moved for the name and for us the matter ends there.”

Meanwhile, BJP spokesperson Madhav Bhandari said, “The names Churchgate, Guru Tegh Bahadur and Masjid are testament to how all religions are a part of the railways in the city. I don’t think there should be any doubts behind the intention of naming the new station Ram Mandir.”