The current route is Thane-Vashi via Airoli, while the new route will be Thane-Kalwa-Digha-Airoli. 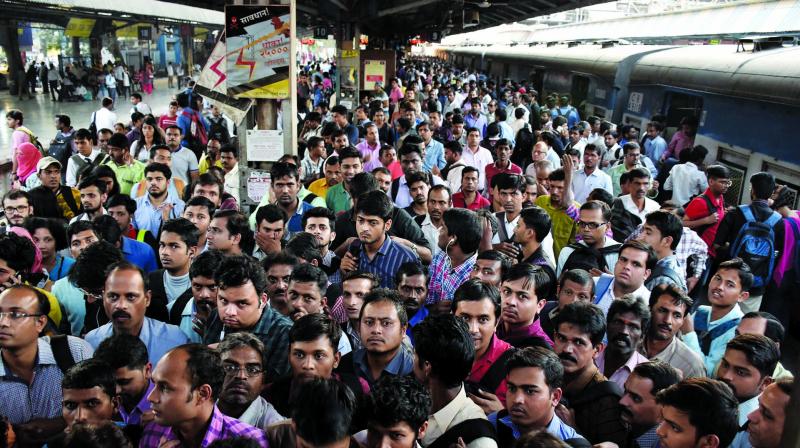 Kalwa alone has seen an increase in the number of commuters in the past two years by almost a lakh. (Photo: Deepak Kurkunde)

Mumbai: In the new MUTP III project, the Trans-Harbour link will now connect Kalwa on the central line to Airoli with a new station called Digha also coming up in between.

The work has been proposed as part of Mumbai Urban Transport Project (MUTP) III, which has got the Cabinet approval with approximately Rs 11,000 crore being sanctioned for the same.

Kalwa alone has seen an increase in the number of commuters in the past two years by almost a lakh. The current route is Thane-Vashi via Airoli, while the new route will be Thane-Kalwa-Digha-Airoli.

Residents of Kalwa currently have to take the train to Thane and make the switch to Trans-Harbour thereby over crowding Thane, which has already been ranked as the station with the heaviest footfall on the entire Mumbai suburban combined.

On the other hand Airoli, which is the closest Trans-Harbour station to Kalwa, is around 6 km by road.

NCP MLA Jitendra Awhad said, “This link will be extremely helpful to those who live not only in Kalwa but also to those who travel to Kalyan and have to otherwise take the services of the four DEMU services between Panvel-Diva-Vasai.”