The Central Bureau of Investigation took over the Dabholkar probe from the local police in May 2014. 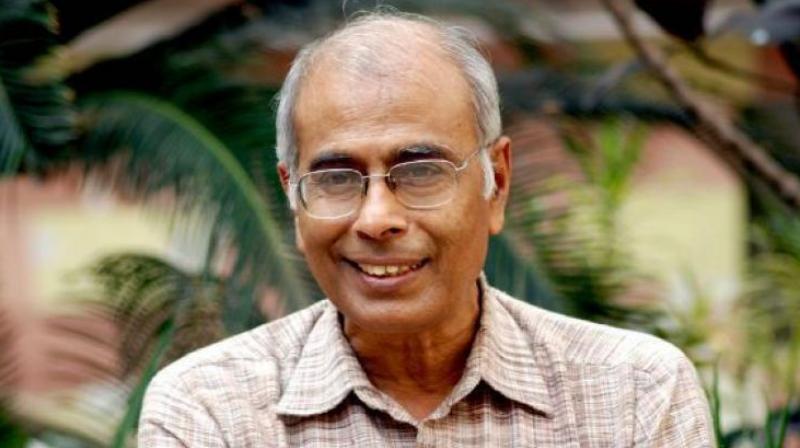 Mumbai: Criminal lawyer B.A. Aloor, who represents alleged arms dealer Manish Nagori and his aide Vikas Khandelwal — who were initially arrested by the Pune police for their suspected role in the August 2013 murder of rationalist Dr Narendra Dabholkar — said on Thursday that his clients will soon approach courts against the Maharashtra police authorities to seek compensation for their arrest in the case, in which they claim to have had no role.

The police arrested the duo in January 2014, but a court granted them bail in April the same year as no chargesheet was filed within the stipulated time. The duo was initially arrested in Mumbra by the Thane police in an alleged extortion case around 11 am on August 20, 2013. On the same day, Dabholkar was killed in Pune by two bike-borne assailants around 7.25 am.

“The Pune police arrested my clients Manish Nagori and Vikas Khandelwal in the Dabholkar case in January 2014, though they had no role in it whatsoever. The duo was implicated and had to spend two to three months in detention,” Mr Aloor told The Asian Age. He said, “My clients will approach courts in Pune and the Bombay High Court against the Maharashtra police for having arrested them and seek compensation.” Mr Aloor added, “The subsequent CBI probe did not reveal my clients’ role in the case.”

The Central Bureau of Investigation (CBI) took over the Dabholkar probe from the local police in May 2014. The CBI chargesheeted Dr Virendra Tawade, who is a member of an outfit allied to the right-wing Sanatan Sanstha, in September this year for his alleged role in the Dabholkar case. Sanatan Sanstha has denied any connection to the case or the crime. Tawade, too, has denied his role in the case.

“My clients were arrested in Thane by the local police on August 20, 2013 in a case that was unrelated to the Dabholkar case. The same day, Dabholkar had been murdered in Pune around 7 am. There is no CCTV footage at any toll naka to prove that my clients could have travelled from Pune to Thane the same day,” Mr Aloor said.

According to a CBI source, a country-made fire-arm that was recovered from Khandelwal and Nagori is among the case ballistic samples to be sent to the UK’s Scotland Yard for its opinion.

Earlier, in July, Mr Aloor had filed an application before a Pune court seeking the closure of the case against his clients.