A couple of passengers questioned the airline staff about the delay and were told that the airline was waiting for a few more passengers. 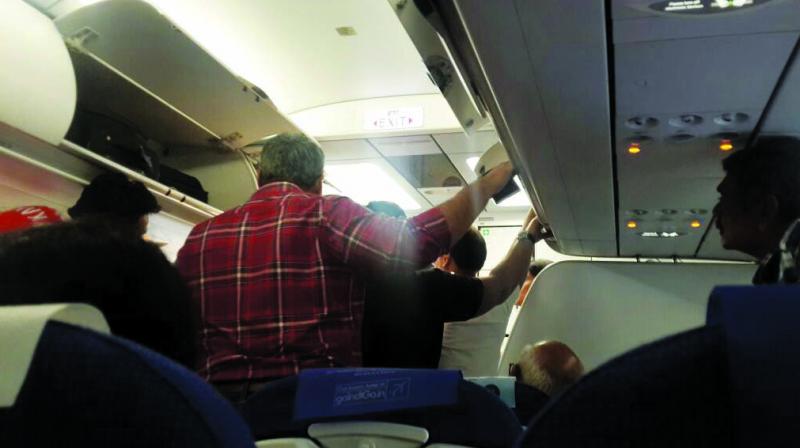 Mumbai: A Goa-bound IndiGo flight with 175 passengers, which was supposed to depart from Mumbai airport at 12.30 pm on Thursday, eventually departed after a delay of five hours and 15 minutes, ostensibly due to low visibility as per airline officials.

According to one of the stranded passengers, the airline initially informed them that the reason for the delay was poor visibility and then later told them that the reason was a delay in the arrival of passengers from other flights. The official spokesperson of Indigo told The Asian Age, “IndiGo flight 6E-713 from Kolkata to Varanasi was delayed due to low visibility at Varanasi airport.” The airline’s officials confirmed that there was a consequential delay of its flight 6E-711 en route from Mumbai to Goa on Thursday.

Krishana Hegde, a Congress leader who was booked on the flight, said that the aircraft was supposed to depart at 1.35 pm. “The passengers boarded the flight at 4 pm, but the aircraft wasn’t even taxiing on the runway. So a couple of passengers questioned the airline staff about the delay and were told that the airline was waiting for a few more passengers.” Mr Hegde alleged that one of the airline’s ground staff members even tried to bully a passenger and deplane him, when the other passengers stood up for him. The flight finally took off at 5.45 pm and arrived in Goa at 6.43 pm with all 175 passengers on board.

The official IndiGo spokesperson added, “As the adverse weather conditions in Varanasi meant that visibility was below the minimum operating level, the flight timings of 6E-711 was revised to 2.50 pm (the scheduled time of departure was 1.45 pm). Our staff informed all the passengers booked on 6E-711 of this consequential delay due to the change in weather.”