The urban development department, led by CM Devendra Fadnavis, on Thursday removed Khadse’s name from the committee for Munde’s memorial. 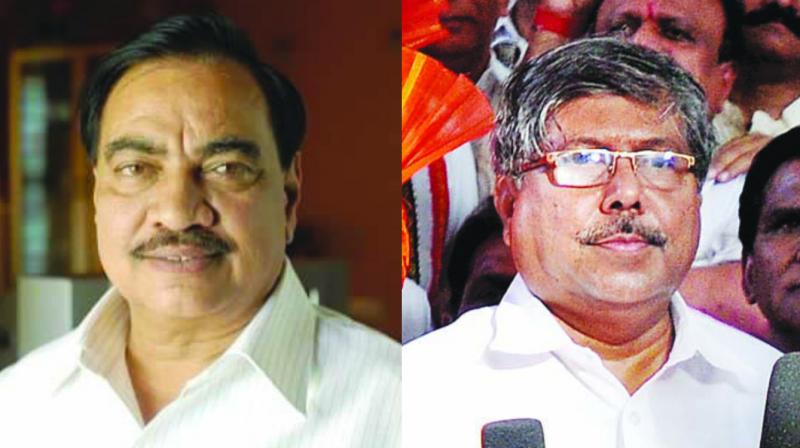 Mumbai: Former revenue minister Eknath Khadse is no longer on the government-appointed committee formed to set up late Bharatiya Janata Party (BJP) leader Gopinath Munde’s memorial at Aurangabad. Instead, senior minister Chandrakant Patil has replaced him as the committee’s chairman. Two other ministers, Pankaja Munde and Vinod Tawde, have also been included in the committee.

The urban development department (UDD), led by chief minister Devendra Fadnavis, on Thursday removed Mr Khadse’s name from the committee for Munde’s memorial. Munde died on June 3, 2014 and there has been a demand from his family and party workers to build a memorial in Aurangabad in the Marathwada region, which was accepted by the government. The state had then appointed Mr Khadse as the chairman of the committee.

As per the UDD’s decision, Mr Patil, the revenue minister, will now be the chairman of the committee. “Khadse has resigned from office and hence he is no longer on the committee,” a UDD official said.

However, Mr Khadse’s close aides termed it as a deliberate act to keep their leader away from government functioning. “The CM is the head of the department, which is enough to explain the move,” a close aide of Mr Khadse’s said. The former minister had resigned after he was accused of being involved in a land scam and receiving alleged calls from underworld don Dawood Ibrahim. A one-man committee of a retired judge is probing the allegations against Khadse.

Mr Patil has also been given charge of Mr Khadse’s revenue department after the latter resigned. Mr Khadse was seen as a rival to the chief minister and held the second position in the state government. Now, Mr Patil has acquired that position, and his name also comes up in discussions whenever there are speculations about a change of guard in the state.

When asked about the UDD’s decision, BJP spokesperson Madhav Bhandari refused to comment. “It has nothing to do with the party. It’s the government’s decision and hence the government should speak on the issue,” he said.