Officials hope that even though this technological progress has been long overdue, both transport and power users would take to it. 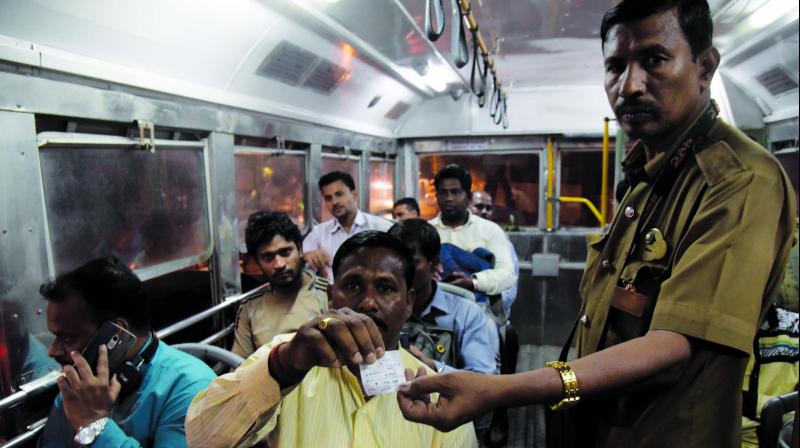 BEST commuters will be able to buy tickets with the app.

Mumbai: Commuters who travel in Brihanmumbai Electric Supply & Transport (BEST) buses and customers who rely on the undertaking for power can now buy their tickets, renew their passes and pay their electricity bills via an application to be launched on December 10.

With this step, BEST has finally come up to speed with other commuting services in the city, such as the railways and Mumbai Metro. Officials hope that even though this technological progress has been long overdue, both transport and power users would take to it. An official said on the condition of anonymity, “There has been a massive delay because BEST lacks staff with the technical know-how required and we had to get the job outsourced within our limited means.” BEST had launched the application as a test phase back in November 1, during which only those with passes for air-conditioned buses were allowed to shift to the application via ridlr, another application, which provides updates and information about all modes of transport in the city.

The new update in the BEST application would now allow those with normal passes to renew the same, apart from allowing those who use the transport services once in a while to pay for single-ticket journeys. BEST general manager Jagdish Patil said, “The updated application will have a wallet and people will have to transfer money on to the app and take a ticket while waiting at a bus stop or renew their passes from home.”

BEST hopes that soon after the application is launched, the need to keep balance in the R-wallet would be removed. Mr Patil said, “We will eventually allow the commuter to pay using debit cards, instead of needing to recharge the wallet every time.”

In another important step, BEST will also introduce a separate application, called ‘My BEST’, through which 30 lakh power consumers would be able to pay their electricity bill. This application will be introduced on December 10 with other  transport application.