The matter is in the Bombay High Court as some buyers have moved court. 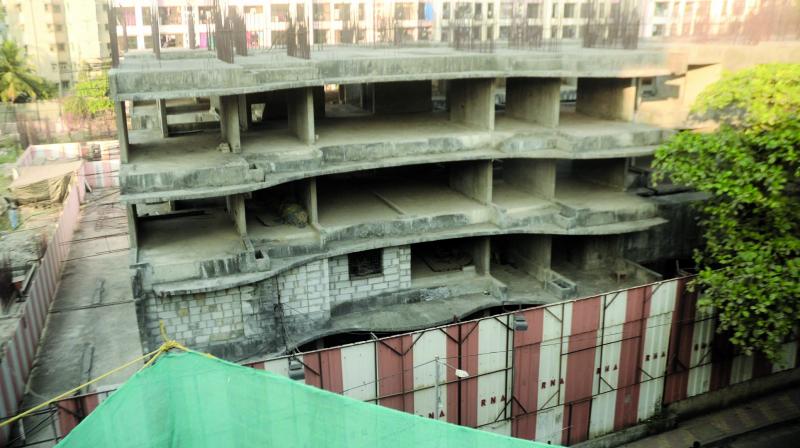 The under-construction project in Kalina.

Mumbai: Fed up of the constant delay in getting possession of their dream home, around 100 home buyers have filed a complaint with the Kherwadi police station, Bandra (east) against realty firm RNA Corp and its directors for allegedly delaying possession of flats booked in a 13-storey tower at Kalina in 2010. However, the builder has rubbished the buyers claims terming it “one sided”.

Over 150 buyers had booked luxurious apartments in the project in 2010. The flats ranged between Rs 1.5 crore and Rs 2.25 crore. They were promised possession of flats in 2014.

A visibly upset, Ashish Verma, who is yet to get possession of his apartment, said that the company (RNA) had ruined their lives. “There are more than 150 families who have invested their entire savings in RNA’s project at Kalina. A majority of us have still not got possession of the flat despite paying such huge amounts.”

When contacted, developer Anubhav Aggarwal of RNA Corp said that the buyers’ claims are incorrect. “There are problems related to approvals from the BMC and we are in the process of obtaining those approvals. The matter is in the Bombay high court as some buyers have moved court. We are representing our side in the court,” Mr Aggarwal said.

Another buyer, who did not wished to be named said, “We booked a 3-BHK in 2012 for approximately Rs 2.3 crore. We had sold another flat and consolidated our savings buy a bigger flat. We were promised possession in Diwali 2014 but are yet to get it. Also, the developer should be compensating the buyers for delaying the possession.”

When asked if any compensation was given to the buyers, Yogesh Gupta, an RNA Corp associate said, “No comments. The matter is subjudice.”

Meanwhile, Rajendra Patil, senior police inspector, Kherwadi police station said that they are carrying out preliminary investigations. “We are in the process of taking statements of the complainants after which decision on First Information Report (FIR) will be taken.”