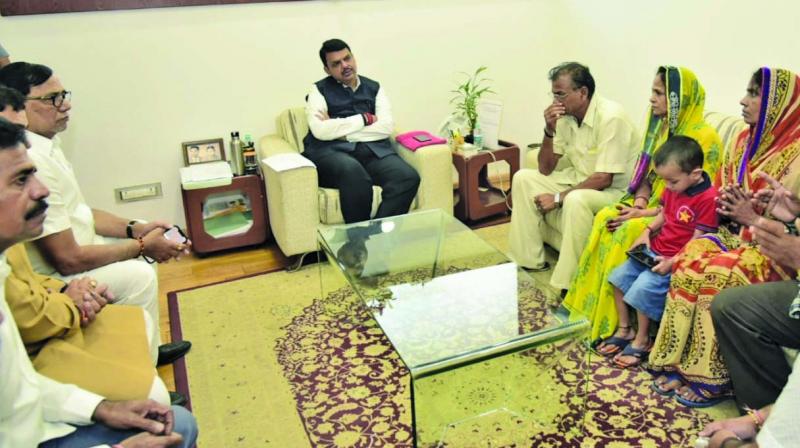 In a meeting — attended by acting chairman M. A. Sayeed — held Friday, the MSHRC decided to look into the matter. A team of MSHRC officials will visit the Wadala T.T. police station and will record the statement of police and the eyewitnesses of the incident.

A team headed by Inspector General Abdur Rehman will be investigating the matter.  A source in the MSHRC said that the first hearing has been scheduled for November 14. An official said that everyone would be able to approach the SHRC and register his or her statement in connection with the case.

The MSHRC is a statutory autonomous body that administers the Protection of Human Rights Act, 1993.

Sources said that they are about to take the suo motu cognisance of the 25-year-old’s death. The source added that the SHRC has also been approached by a delegation led by Mumbai NCP president and the party’s chief spokesperson Nawab Malik, demanding a thorough probe into the custodial death case.

Meanwhile, chief minister Devendra Fadnavis confirmed to The Asian Age that the government would give `10 lakh as compensation to the family of Singh.

Santosh Singh, son of R.N. Singh, the president of the Uttar Bharatiya Sangh — one of the oldest recognised organisations of north Indians in the city — has already given a `3 lakh’s cheque to the parents of the deceased.

Santosh said, “Besides monetary help, as per the qualification of any member of the Vijay Singh’s family, I would also give them a job in my company.”

Vijay Singh, a resident of suburban Sion-Koliwada area, who worked as a medical representative in a pharmaceutical firm, died on October 27 after he was detained at the Wadala T.T. police station for questioning in an assault case.

The victim’s family members and his friend alleged that he was beaten to death in police custody.

A protest was organised by the locals against Wadala T.T. police station on Tuesday.

However, the protests took a violent turn as an angry mob pelted stones on vehicles. The police resorted to lathi-charge after the mob failed to disperse.