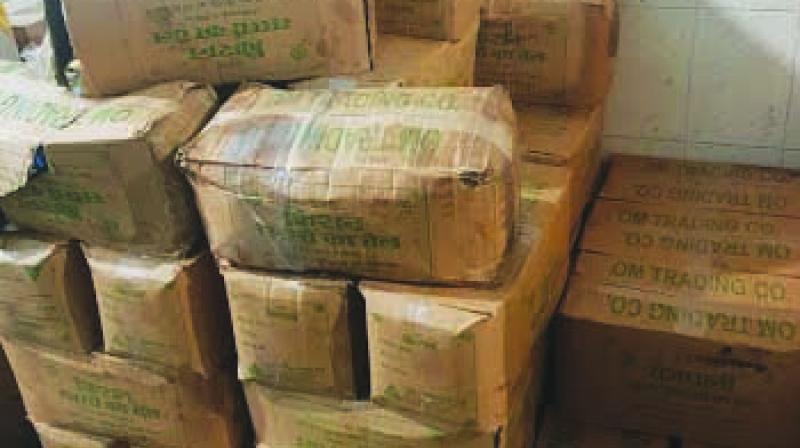 The FDA also inspected and seized more than 19,000 litres of adulterated oil, ghee and formulated mawa from five entry points in the city.

Mumbai: Ahead of Diwali, Food and Drug Administration (FDA) officials Thursday seized a huge stock of edible oil, approximately worth Rs 30 lakh, from eight wholesalers on suspicion of adulteration.

The FDA also inspected and seized more than 19,000 litres of adulterated oil, ghee and formulated mawa from five entry points in the city.

Shailesh Adhav, state joint commissioner food, FDA, said, “During the inspection drive, we have seized products worth about Rs 30 lakh rupees. Around 20 samples have been sent to the laboratories for further investigation.”

“We got to know through our intelligence network that a huge quantity of super olein has reached the city’s market. This form of palm oil is largely used by unscrupulous people for mixing with edible oil such as soybean, groundnut and mustard,” said Adhav.

Super olein is a cheap and colourless substance that can be easily mixed with other edible oils to raise volume and earn quick money.

The demand for groundnut, soybean and mustard oil goes up ahead of and during Diwali.

FDA officials have collected over 40 samples of oil from the seized stock, including stocks of Sri Lankan vanaspati.

The collected samples have been sent to laboratories for testing.

Over the issue, state FDA minister Girish Bapat said, “If a person wants to lodge a complaint against food adulteration, they can make a call on 1800 222 365, which is a toll-free number. In response, the FDA will take immediate action against those who are playing with the health of people.”