The Navi Mumbai crime branch has circulated photographs of the six accused. 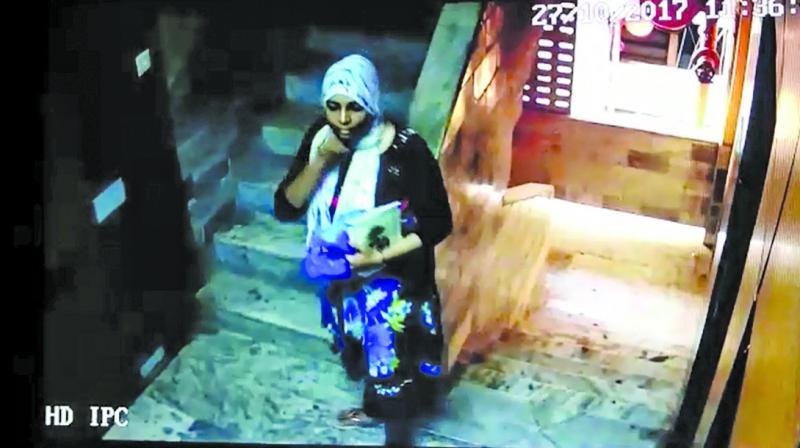 A CCTV grab of the woman who was arrested.

Mumbai: A gang of robbers that robbed a Vashi businessman of Rs 2.09 crore last week had deployed a female robber as a worker to one of the victim’s close relatives’ house to gather information on him before striking. The woman, who was recently arrested, revealed that as per the plan she had visited the victim’s house once to conduct a reconnaissance, according to police sources.

The woman accompanied the robbers and knocked on the door of the house to gain easy entry inside at a time when the victim was away and only female members of the family were present. The police has taken a few business rivals of the victim under the scanner as well to verify if the robbers were hired.

The Vashi police has arrested a female who according to the police had started working as a maid with one of the relatives of the victim. A Vashi police officer said, “ During interrogation the accused woman said she has provided information about the rest of the people who have been accused. She didn’t know all of them but few months ago she got into touch with two of the accused after which according to the plan, she started working at the house of one of the victims and started collecting information about victim’s house.”

Deputy commissioner of police (crime branch) Navi Mumbai, Tushar Doshi, said, “The Vashi police has arrested a woman who was involved in the heist. We have already sent two teams to different locations to nab the other accused who have played the main role in this. We are ascertaining several information about the rest of the accused.”